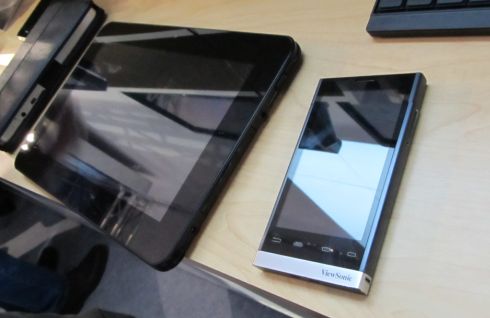 ViewSonic unveiled two new tablets last week, or a tablet and a phone, depending on how you look at it. ViewSonic calls the 4 inch model a tablet with phone capabilities for some reason, but everyone else in the world is probably just going to call it a 4 inch smartphone. The new tablet is a 10 incher called the ViewPad 10S, which won’t be available in the US, where we get the dual-boot ViewPad 10 with Windows 7 and Android instead.

The 10s has an NVIDIA Tegra 2 processor and runs Google Android 2.2 as well as HDMI and USB ports and a micro SD card slot. It seems like a decent tablet, if a bit large and heavy to hold in one hand — like many 10 inch Android tablets I’ve had a chance to play recently. 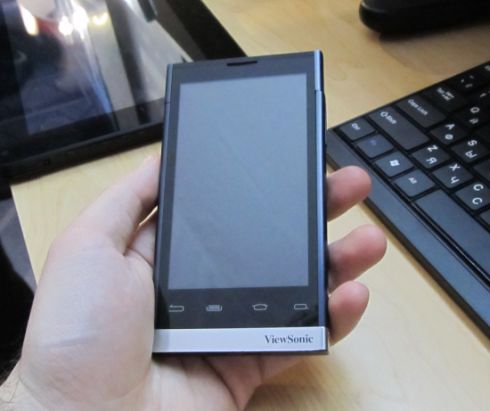 The ViewPad 4, by contrast, feels great in the hand. It’s got an extraordinarily angular design that’s bordering on boxy… but in a good way. It’s a striking looking little machine. Unfortunately the 4 wasn’t functional when I wandered by the ViewSonic booth, but the folks at Engadget managed to get a few images with the screen on. The little guy has an 800 x 480 pixel screen, a 5MP rear-facing camera that can shoot 720p video, 2GB of storage, and 512MB to 1GB of RAM.

ViewSonic says it’s working with phone operators to bring the ViewPad 4 Stateside. Unfortunately there are no plans to offer a WiFi-only version of the ViewPad 4.