There’s no shortage of sticks you can plug into the HDMI port of your TV to stream internet video, play games, or run Android or Windows apps on a big screen. But the Guleek A8 is one of the first I’ve seen to feature an Amlogic S905 processor and HDMI 2.0 support — which means that, at least in theory, it should support 4K video.

Whether it actually manages to do that in practice remains to be seen.

The Guleek A8 is available from AliExpress for $75 plus shipping. 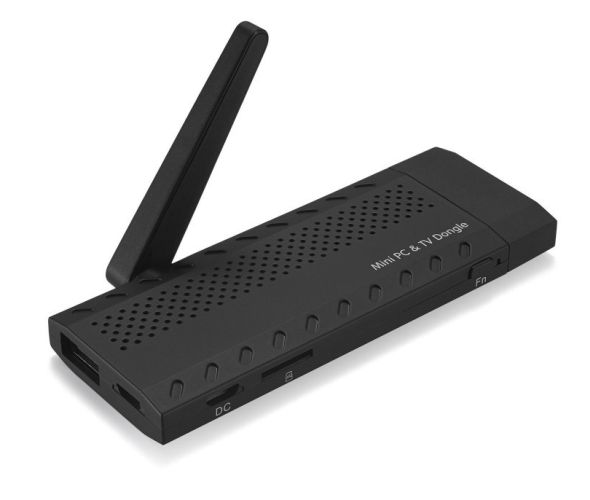 Like many devices in this category, the Guleek A8 is tiny: it looks more like an oversized USB flash drive than an undersized PC. You can easily hold the stick in one hand or slide it into a pocket when it’s not in use.

But this model has a few nice touches including an adjustable antenna which may help with WiFi performance, two micro USB ports (one for power), and a full-sized USB port.

Other features include a microSD card slot, a Fn button, 802.11a/b/g/n WiFi, 2GB of RAM, 8GB of eMMC storage, and Android 5.1 Lollipop software.

The stick is powered by Amlogic’s S905 processor, which is a quad-core, ARM Cortex-A53, 64-bit chip with ARM Mali-450 graphics and support for 4K video decoding at 60 frames in formats including H.265.

It’s probably a good idea to take claims of 4K support with a grain of salt though — some TV boxes that are supposed to be able to handle ultra HD video fail to deliver on that promise.

Guleek isn’t the only company developing S905-based hardware that’s supposed to support 4K video, but as a demo video posted in August by Roofull shows, while the chipset can play 4K files, the video playback isn’t always smooth.

Just keep in mind that this video shows an engineering sample. It’s possible that the hardware and software may have been optimized since the video was recorded.