Spotlight stories are immersive videos shot in 360 degrees. When you watch on a smartphone, you can move your phone around to look at a different piece of the action so you can change the angle and see what’s happening above, behind, or below the the area you’d normally focus on.

Google and Motorola first introduced Spotlight Stories for Motorola devices a few years ago. Now they’re available for most devices running Android 4.2 or later. And soon Google plans to bring Spotlight Stories to iOS… as well as to any mobile device that can access YouTube. 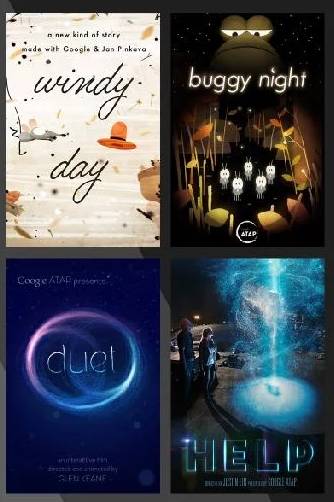 The first few Spotlight Stories were all animated shorts, but the latest is a live-action short directed by Justin Lin, best known as the producer and director of the Fast & Furious series of movies.

Shooting this sort of movie requires a special kind of rig that can record 360 degree video, as well as a system that lets Lin see the action in real-time on the set, so he can see what the viewer will eventually see. Audio has also been processed to create a virtual surround sound that lets you listen with a pair of headphones, with audio shifting as you change your view.

It’s a bit different than the animated movies… but Google isn’t just working with Hollywood producers. The company is also launching an SDK. It’s not a software development kit, it’s a story development kit that provides content creators with the tools needed to tell immersive stories. For instance, there are ways to make sure users don’t miss the important bits while exploring the scene by directing their attention or pausing the action until they’re ready to view it.

One thing that’s particularly impressive about Spotlight Stories is that each video contains as much information as three 4K videos… but most smartphones can’t actually process that much data all at once. But they don’t have to. They just have to process the area you’re currently looking at, which is maybe 20 to 30 percent of the total video. So Google has an algorithm that smoothly figures out which portion of the frame to render and only renders that part of the video in real-time.

No matter how quickly you move the phone, Google says you won’t experiencing any stuttering or pixelation.

It’s kind of hard to show how it works in normal video, but if you haven’t tried Spotlight Stories on your phone yet, Lory got a demo at Google I/O this week, which you can check out below:

Spotlight Stories should be available for YouTube and iOS this summer.