Google is rolling out an update for its search apps that should allow you to get answers to more complicated questions.

Google says its apps now understand questions with complicated combinations, such as “What was the US population when Return fo the Jedi was released.” That question, if you break it down, requires Google to know that Return of the Jedi is a movie, what year it was released, and what the population of the United States was that year. 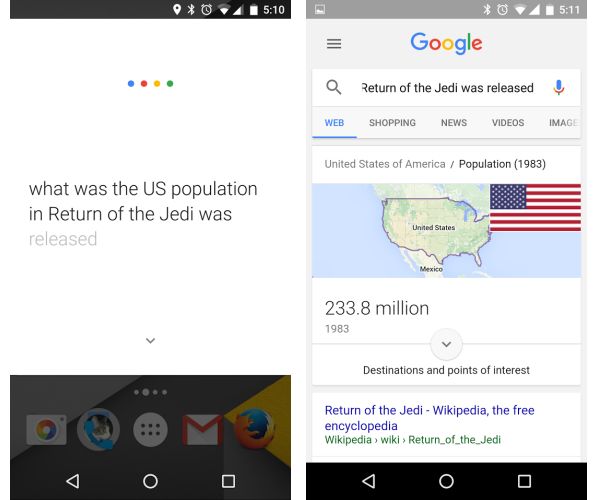 Incidentally, if you ask it for the US population was when Star Wars was released, it’ll give you the population for 1999.

The results can still be a little hit-or-miss, depending on how you phrase your question. For example, Google says you can search for “What songs did Taylor Swift record in 2014” and get a list of songs… and that’s true. But if you change the word “record” to “release,” you get a list of search results rather than a card showing the precise answer to your question.

Among other things, Google says you can now ask questions with superlatives such as biggest or oldest. You can also ask for ordered lists. This lets you get a list of largest cities cities in Pennsylvania by population or the list of the tallest basketball players in the Philadelphia 76ers, arranged by height.