But Google has a solution to that. Over the past few years the company has started pushing many of its latest app and service updates through Google Play Services… and Android chief Sundar Pichai says 93 percent of Android users have the latest version of Play Services. 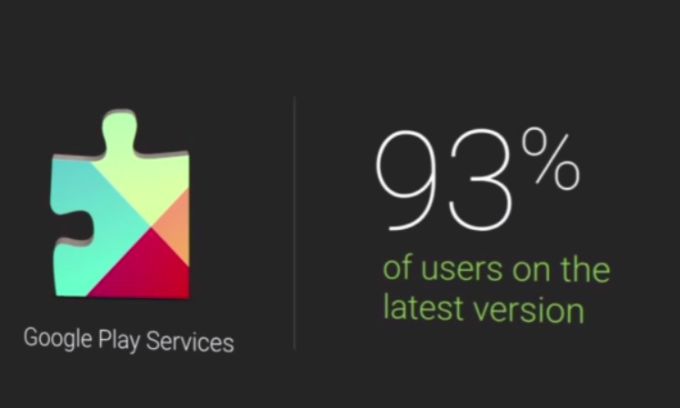 That doesn’t mean users get all of the latest features. As of late June, 2014, only 13.6 percent of Android users have Android 4.4 KitKat, which means that over 85 percent of users don’t have support for features such as immersive mode, the latest phone dialer, and more.

Meanwhile, even folks with older versions of Android have access to some features that are only now being added to iOS. Without mentioning Apple by name, Pichai pointed out some of Android’s innovations… including support for custom keyboards — a feature that was introduced more than 4 years ago with Android 1.5. 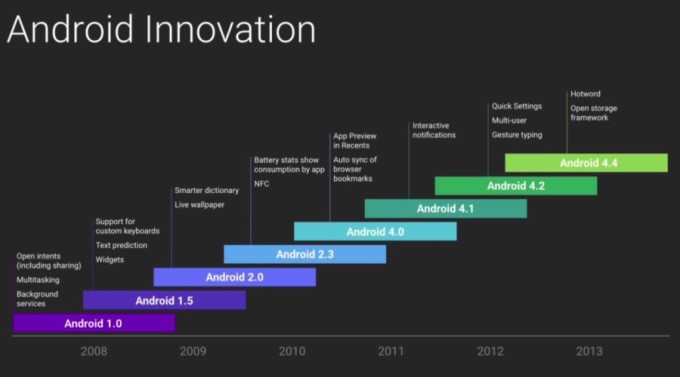