Google is doing its best to turn the web into the only operating system you really need. The company is pushing a new type of web app designed to work offline, offer desktop notifications, and launch directly from your desktop — all while offering the benefits of a web application including the ability to pick up where you left off on any machine.

Up until recently, Google called these apps “Chrome Packaged Apps,” but now they’re just called “Chrome Apps,” and they’ll run on most laptops and desktops with the Chrome web browser.

At launch that includes Chrome OS and Windows machines, with Mac and Linux support coming soon. 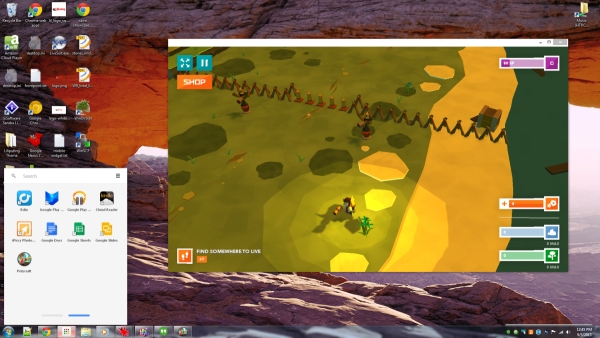 You can find the new Chrome Apps in the “For Your Desktop” section of the Chrome web store.

There are already a range of apps including games, task, list and notes apps, news, photo, and video apps. They’re designed to run like native desktop apps — you can launch them without loading your web browser and interact with them much the way you would any software you install on your computer.

They’re also designed to take advantage of your computer’s graphics cards, Bluetooth, USB, cameras, and other hardware. But like other web apps that run in the Chrome browser, Chrome Apps are sandboxed to keep minimize the risk of having a web app infect your computer with malware.

Google’s even released a App Launcher that hangs out in your Windows taskbar. It looks just like the launcher in Chrome OS — but basically it brings Chrome OS features to other operating systems. 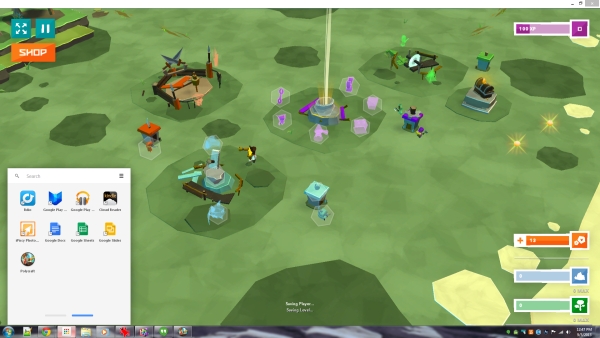 When you install one of these apps, some data will likely be downloaded to your device, but since these are web apps, there’s still a lot happening on a remote server. That helps make sure you software is always up to date and that your data is saved online instantly so you can access it on any device.

If you’ve been following the progress of Chrome OS and Chrome Packaged apps for a while, there’s not much new in the unveiling of the new Chrome Apps. But it’s interesting to see that while Firefox is pushing web apps as the only apps you need for a mobile device, Google is taking a similar approach toward the desktop space.