Google is getting ready to introducing a new social gaming service called Play Games. While the company hasn’t announced anything yet, the folks at Android Police got their hands on an updated version of the Google Play Services app and dug into it to look for new things. It turns out some of the biggest changes are support for the upcoming gaming service.

Play Games will bring many of the features iOS users get with Apple’s Game Center to Android. But it’ll do it in a more Google-focused kind of way by including tight integration with the Google+ social network, among other things. 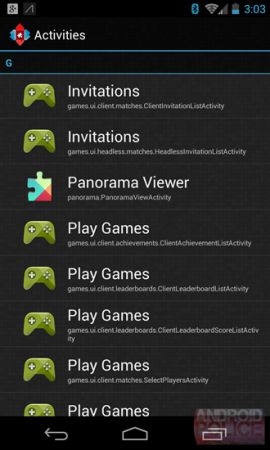 Users will be able to unlock achievements in games, view leaderboards to see high scores from other players, engage in multiplayer games with friends, and even use a matchmaking service to find new people to play with or against.

But even if you have no interest in taking advantage of the new social elements, there’s another important component of Play Games: cloud sync. You’ll be able to save your gaming progress to the cloud so that you can start playing a game on your phone and pick up where you left off on your tablet (or after buying a new phone or flashing a new ROM).

It’ll most likely be up to game developers to integrated these features with their apps, so i’ts unlikely that you’ll be able to sync your progress in every game right away. But if game developers start to take advantage of Google’s new tools, online game data synchronization could become more common.

You can find more details at Android Police… or wait for the Google I/O conference to start on Wednesday, May 15th. That’s the earliest I’d expect to see an official announcement.