Gigabyte is updating its line of tiny Windows computers by adding 4th generation Intel Core processors. The Gigabyte BRIX is a mini-computer that looks a lot like Intel’s NUC (Next Unit of Computing), but which often have a few options you won’t find in an NUC — such as an optional AMD processor.

Gigabyte’s new models are all Intel-powered, but they feature chips based on Intel’s new Haswell architecture, offering better performance and lower power consumption than their predecessors. 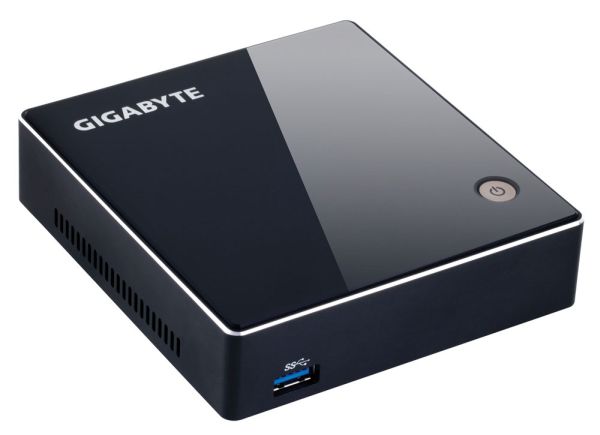 The new models will be available with Intel Celeron, Core i3, and Core i5 processors. Each chip is a dual-core processor with a TDP of 15W.

The computers feature 4 USB 3.0 ports, HDMI and mini DisplayPort, Ethernet, and headphone jacks with SPDIF. They have mSATA and half-sized mini-PCIe slots and support for up to 16GB of storage via 2 DDR3 SODIMM slots.

The company hasn’t yet revealed a price or release date for the new BRIX models, but you can pick up a barebones model with a 3rd-generation Intel Core “Ivy Bridge” chip for around 300.