There’s always some risk involved in backing a crowdfunding project on Kickstarter, Indiegogo, or another platform that lets folks with an idea seek crowdsourced funding to turn it into reality. Some folks bite off more than they can chew and never manage to build the products they’d hoped to create. Others over-promise and under-deliver.

And some campaigns are just straight-up fraud.

There’s not much you can do about the first two situations (other than asking yourself if you really need a water bottle that reminds you to drink water when you’re thirsty). But the US Federal Trade Commission is starting to take action against obvious cases of crowdfunding fraud. 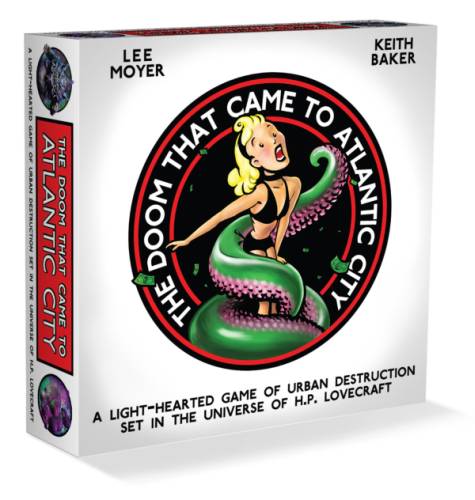 The FTC has announced it’s taken legal action against Erik Chevalier, who had sought $35 thousand to create a board game called The Doom That Came to Atlantic City. The campaign brought in more than $122 thousand from more than 1,200 backers, and Chevalier provided backers with several updates over the following year, promising that he was working on the game.

Then he announced that he was canceling the project and would refund money… which he never actually did.

According to the FTC, Chevalier spent most of the money on personal expenses including rent, moving costs, and expenses for a different project.

The FTC has reached a settlement with Chevalier. According to the agreement, he promises not to do it again, and he’s been ordered to pay a fine of nearly $112 thousand… but since he says he doesn’t actually have the money anymore, the FTC is suspending the fine (unless the agency finds out that he was lying about how much money he has).

This is the first time the FTC has taken action in a crowdfunding-related case. It probably won’t be the last. But that doesn’t mean the FTC will get involved every time you pledge $12 to a campaign and fail to receive a reward.

As for The Doom That Came to Atlantic City, the project was eventually picked up by another game developer and you can buy a copy for $75 or less. Most backers of the crowdfunding campaign were given free copies… but there was no guarantee that would have happened.

For the most part, crowdfunding projects are designed to help raise money to turn an idea into a real product. Sometimes there are obstacles that are too difficult to overcome and the project fails. Whether you donated $10 or $10,000, you might not get your money back — because you didn’t pre-order an item from a store. You donated money in the hopes of getting a reward for helping a project to succeed. If it doesn’t, that isn’t necessarily fraud.

On the other hand, it’s good to know that regulator are willing to get involved when creators of crowdfunding campaigns actually lie. The FTC says it’ll file a complaint when it has reason to believe that a law is being violated or when it appears that a proceeding would be in the public interest

2 replies on “FTC wants to protect you from Kickstarter fraud”