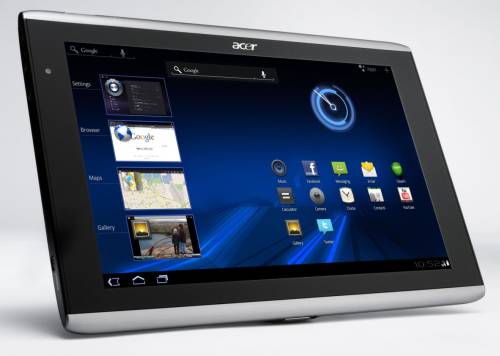 The Acer Iconia Tab A500 is the latest 10 inch tablet to have its software cracked wide open by independent developers who want to push the tablet’s limits. The first custom ROM for the tablet is now available.

You’ll need to root the tablet and use the Android SDK tools to install the software. But once that’s done, future updates should actually be fairly easy.

The custom firmware is based on Google Android 3.1, which adds support for USB peripherals including some 3G USB modems and USB flash storage devices. The software also brings other Android 3.1 features including an improved “recent apps” menu and resizable home screen widgets. But there are also some bugs. For instance, rotation lock key and the Acer docking station don’t work. That’s likely because the software is based off a custom ROM designed for the Asus Eee Pad Transformer which has a few different hardware components.

For now though, this is the best option for getting Android 3.1 on an Iconia Tab A500… at least until Acer offers a software update. It’s also the first step toward future custom ROMs which may add more functionality.