Google’s Chromecast is a $35 stick that you can plug into the HDMI port on your TV to stream internet video to your television while using your phone, tablet, or PC as a remote control. The EZChrome EZCast is a $27 device that does the same thing… kind of.

It looks almost exactly like a Chromecast and plug into your TV the same way. But it uses Miracast and EZCast technology to stream content rather than the Google Cast protocol. In some ways that makes it more versatile… but it’s also a bit clunkier. 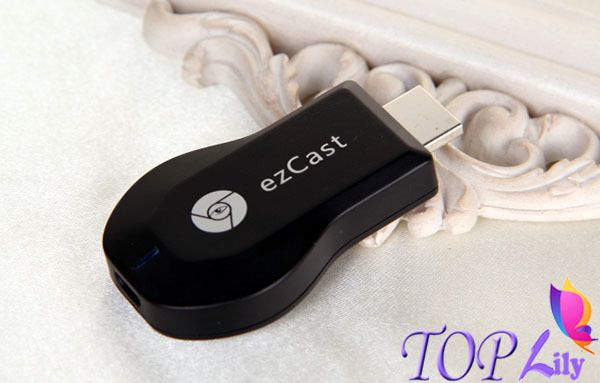 Users can run EZCast software on an Android phone or tablet or a Windows PC. This lets them choose photos, videos, music, or other content on their device that they want to fling to a TV. But it’s not quite as simple as tapping the Chromecast icon that appears automatically in supported app when you’re using Google’s media streamer.

The EZChrome is hardly the first device of its type. I recently tested the Tronsmart T1000, which works pretty much the same way. But the EZChrome is a bit more blatantly a Chromecast knockoff — albeit one that needs a special USB cable with a WiFi antenna to connect to your network.

While I’m all for companies offering low-cost alternatives to products that might otherwise be out of reach (there’s no shortage of iPad knockoffs, for instance), the Google Chromecast is so inexpensive that I kind of have to wonder why anyone would try to save a few bucks by picking up a clone instead. On the other hand, Chromecast doesn’t currently support true screen mirroring the way a device like the EZCast does — so maybe some people will be drawn to this type of device for the features rather than the price. 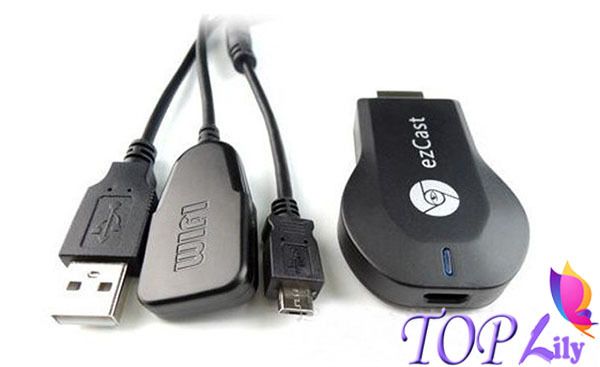