There’s still two weeks to go until HTC officially introduces its next-gen flagship phone. But hot on the heels of leaks telling you nearly everything there is to know about the upcoming phone, GSM Arena managed to get their hands on a leaked advertisement that really does leave little to the imagination.

Australian wireless carrier Telstra apparently put together the ad to promote the all new HTC One (M8) smartphone, and it seems to have gotten out just a little early. 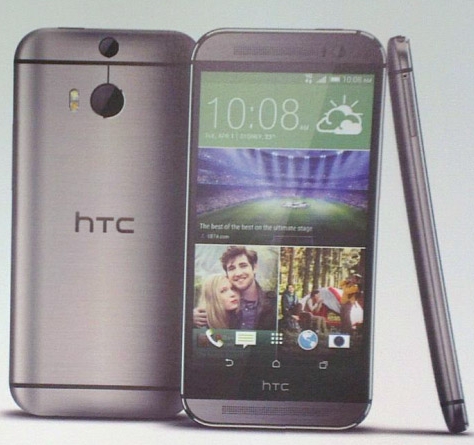 While the HTC One (M8) look a lot like last year’s first-gen HTC One smartphone, here are some of the things that are new, according to the ad:

The ad also highlights the front-facing stereo “Boomsound” speakers with dedicated amplifiers. The original HTC One had similar speaker placement, but at least one person who claims to have had hands-on experience with the phone says the new speakers are even louder.

You can find the full advertisement at GSM Arena.

Update: GSM Arena scored a sales guide with even more details. The phone is said to have a Qualcomm Snapdragon 801 processor, a 2600mAh battery, a 5 inch, 1080p display, a 5MP front-facing camera, and an “Ultrapixel” rear camera with an emphasis on low-light photos.