Balena’s Etcher software is a free, cross-platform tool for Windows, Mac, or Linux that makes it easy to flash an OS image to a bootable SD card or USB flash drive. You can use it to load an operating system on a card for devices like the Raspberry Pi single board computer or PinePhone smartphone.

But what if you want to prepare a whole bunch of SD cards? You could do them one by one. Or you could buy some dedicated hardware that lets you write to multiple cards at once.

The new Balena EtcherPro is designed to do just that: it’s a new device from the company that can flash the same disk image to up to 16 cards, microSD cards, or USB flash drives at the same time. Later this year a software update will also make it possible to connect up to 10 EtcherPro devices together so you can flash up to 160 cards. 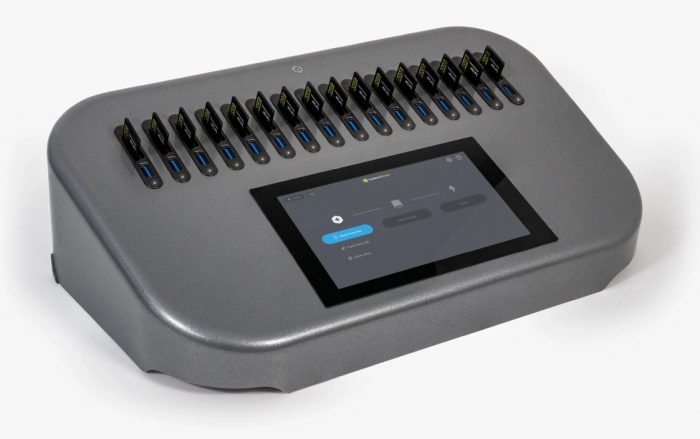 The EtcherPro is expected to sell for $990 plus tax and shipping, but it’s up for pre-order now for a deposit of $50.

While that’s a heck of a lot more expensive than a typical SD card reader that plugs into your PC, the EtcherPro is more of a purpose-built device that has 16 microSDXC, 16 SDXC, and 16 USB 3.0 Type-A ports.

If you have a single-board computer, smartphone, or another device that supports flashing a disk image directly to internal storage via a USB connection, you may also be able to use the EtcherPro to do that.

Balena says disk write speeds top out at 200MB/s when you’re flashing an image to a single drive or SD card or 52 MB/s when writing to multiple devices at the same time.