Microsoft has been showing off its HoloLens mixed-reality headset for almost two years, but if you want to get your hands on a HoloLens you currently need to spend $3,000 for a Development Edition device.

The company’s virtual reality/mixed-reality strategy isn’t just limited to HoloLens though. In June Microsoft announced that it was opening up Windows Holographic software so that it could run on third-party VR headsets. And this week the company announced that a group of PC makers were building Windows-ready VR headsets that would sell for as little as $299.

We didn’t get a lot of details about those headsets… but we will soon. Microsoft’s Alex Kipman tells gaming blog Polygon that the company will hold an event in December to provide more information about the devices. 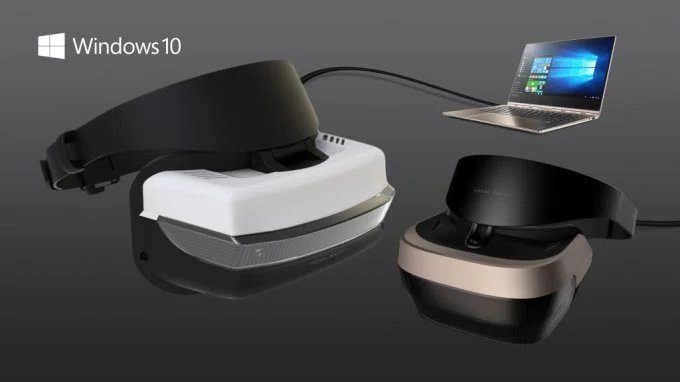 Acer, Asus, Dell, Lenovo, and HP have all committed to launching headsets. Specs will vary from device to device: while the cheapest will be $299, there will likely be some higher-priced options.

But overall, the goal is to offer VR hardware that’s more powerful than what you’d get with a phone-based system like Google’s Cardboard or Daydream platform, but less expensive than a high-end system like an Oculus Rift or HTC Vive.

In other words, these headsets are kind of like a PC-compatible version Sony’s PlayStation VR.

We already knew that the headsets would include sensors for “six degrees of freedom,” meaning they’d be able to track your  movements through space without the need for external cameras or other sensors placed in a room. This means that in addition to adjusting the imagery based on the direction you’re looking in, the headsets know when you’re moving forward, backward, left, right, or up or down.

Polygon reports that the headsets will also have “a high field of view,” but there’s no word on the screen resolution or exactly how many degrees of visibility you’ll get from the headsets.

Like the Oculus Rift or HTC Vive, the new headsets are designed to be connected to a PC via wires. So while the Hololens is a computer, these new devices are accessories.

But Kipman says you don’t need a super-speedy computer to use the headsets: a $500 PC should be able to provide a decent experience, which brings the total cost of a headset + PC to about $800.

What remains unclear is what kind of experience you should expect from an $800 system. Odds are that there will some games or VR apps that require higher-performance graphics cards or headsets… much as some bleeding edge video games require an expensive gaming PC to run smoothly.

Still, people have gotten used to the idea that PCs come in wide variety of prices/performance levels, and it’s possible that the same thing will be true of VR accessories like these upcoming headsets. Just don’t expect a $299 HP model paired with a cheap desktop to offer all the features you’d get from a $2000 PC + Vive setup.