Microsoft has widely been rumored to be working on a virtual reality headset… but it turns out the company’s been developing something that could have even wider-reaching implications.

Windows Holographic is a new set of services that will allow users to view and interact with virtual objects in real-world spaces.

Microsoft is also introducing a headset for interacting with those Holograms. It’s called the Microsoft HoloLens and it’ll launch sometime in the Windows 10 time-frame (which could mean this year… or next… or later). 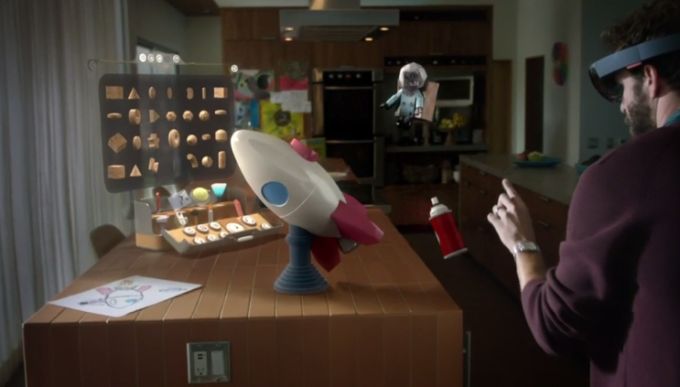 The company says the HoloLens features see-through lenses, speakers for spatial sound (so you can hear sounds behind you, to the sides, or in front of you, and sensors to detect the environment around you.

In addition to a CPU and graphics processor, it has what Microsoft calls a Holographic Processing Unit for interpreting gestures, voice, what you’re looking at, and other factors. 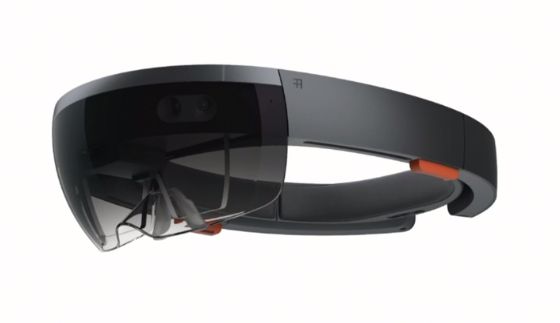 HoloLens is a wireless device that can work without connecting to a PC.

Altogether, HoloLens and Windows Holographic could be Microsoft’s answer to Google Glass, Oculus Rift, and Magic Leap… and the company is hoping to get developers working on software for each of those platforms to create holograms for Windows users.

HoloLens and Windows Holographic is much more advanced, thanks to a headset that lets you see virtual objects in the real world without looking at your smartphone screen, and advanced support for gestures, voice, and head tracking.

Microsoft is also introducing a new app called Holo Studio which lets you create 3D models while wearing a HoloLens. You can use voice and gesture commands to put together a series of pieces to build designs that you can then send to a 3D printer to turn into real objects.