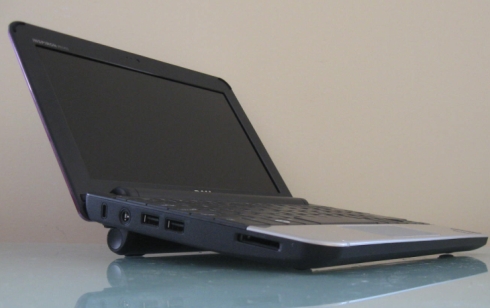 This shouldn’t come as a huge surprise, but apparently Dell has pulled the plug on the Inspiron Mini 10v netbook. The company has been selling a new Inspiron Mini 10 with a 10 inch display and 1.66GHz Intel Atom N450 processor since January — so it was just a matter of time before Dell phased out the older Atom N270-based Mini 10v.

Dell does have a habit of bringing back its old netbooks for limited runs. So if you had your heart set on the Mini 10v for some reason, all hope isn’t lost. Just keep an eye on the Dell Outlet for refurbished or open box deals. And if Dell still has enough supply in stock, the netbook could make a reappearance in Dell’s main store. I can’t count the number of times the Dell Inspiron Mini 9 showed up after Dell had officially discontinued the 9 inch netbook.

In the meantime, you can still pick one up for under $300

As the folks at TUAW point out, one reason to consider a Dell Mini 10v over other netbook models is that it makes an ideal hackintosh if you want to install Apple’s OS X operating system on the netbook. Hackers have managed to get most of the netbook’s hardware to work with OS X, including the wireless, audio, sleep, and storage card.

If you’re feeling nostalgic, you can check out my review of the Dell Inspiron Mini 10v from last Fall.