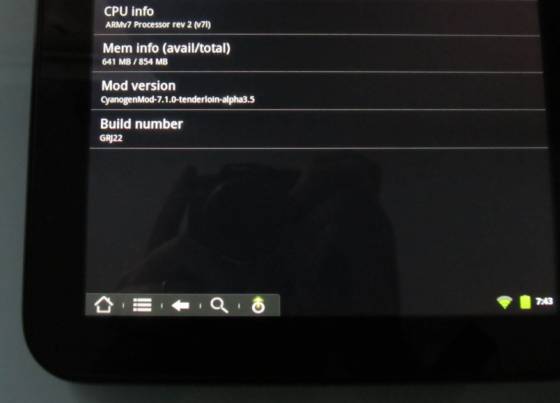 Update: CyanogenMod 9 Alpha 0 is now available — and we have detailed instructions on installing this (buggy) version of Android 4.0 on the HP TouchPad.

The CyanogenMod has released an updated version of Google Android for the HP TouchPad. No, Android 4.0 Ice Cream Sandwich isn’t ready for prime time yet, but CyanogenMod 7 Alpha 3.5 brings a few improvements to Google Android 2.3.7.

Specifically, the team says they’ve improved video playback and 3D graphics speed and gaming compatibility. They’ve also made some changes to the WiFi settings, but it’s not yet clear if this will fix the problems with WiFi that some users have been experiencing.

If you’ve already installed an earlier version of CyanogenMod, updating to Alpha 3.5 is extraordinarily easy:

That’s it. Since you just installed an OS update, it will take a few minutes longer than usual for CyanogenMod to boot, but if you followed the instructions carefully all of your files and settings should still be available — and video and graphics performance should be improved.

You can also install Alpha 3.5 even if you’ve never installed CyanogenMod on a TouchPad before. You don’t need to start with Alpha 1 and work your way up. Just follow our step-by-step instructions for installing CM7 on the TouchPad, but use the update.zip file for Alpha 3.5 instead of Alpha 1, 2, or 3.

CyanogenMod for TouchPad developer Dalingrin says he’s putting most of his effort into porting Android 4.0 Ice Cream Sandwich to the tablet at this point, but Alpha 3.5 brings some of the work he’s done on CyanogenMod 9 to CyanogenMod 7 since it may be a while before a usable version of CM9 is available. 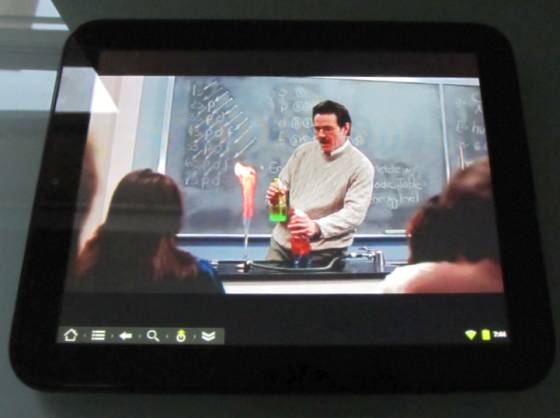 I spent a little time playing with Alpha 3.5 this morning. Audio works without any problems, YouTube video looks great, and while Netflix videos look a little pixelated, movies and TV shows from Netflix are definitely watchable.

thanks for the heads up Jared!

87 replies on “CyanogenMod 7 Alpha 3.5 is ready for the HP TouchPad: Here’s how to install it”