There was a time when computers were enormous, expensive machines that filled entire rooms. Now you can pick up a tiny desktop computer like the Raspberry Pi for about $35.

But there’s room to go even smaller… and cheaper. Three new projects hit crowdfunding campaign Indiegogo recently, with the developers hoping to raise funds to offer incredibly small computer modules for prices as low as $15.

These aren’t necessarily systems that will replace your Core i7 desktop PC anytime soon. But they could be used to help set up a wireless media server, print station, home automation system, or other DIY projects. 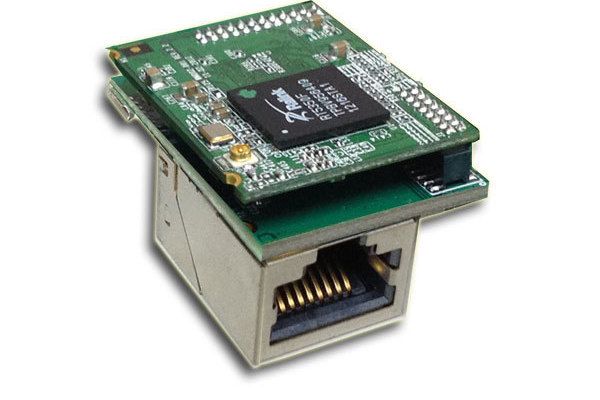 The AWM002 mini kit is basically a little computer module with integrated 802.11n WiFi, 8MB of flash storage, 32MB of RAM, and a connected USB port and Ethernet jack as well as a micro USB port for power.

It’s based on the Ralink RT5350 micro board, and the system is so small that the Ethernet jack is by far the largest visible component. The system measures about 1.4″ x 1.1″ inches.

AsiaRF is hoping to raise at least $6,000 through an Indiegogo campaign to get to the next phase of development, and the company is offering the module itself for as little as $15 to early bird backers.

Prices will go up to $23 per unit after the first 50 modules are claimed, and the estimated delivery date is July, 2014.

If you want the Tiny kit with Ethernet and USB ports, the price goes up to $38.

Looking for something a little more versatile? The WiFiDuino is another tiny board aimed at the DIY set — but this is an Arduino-compatible board that measures about 1.5″ x 1″. 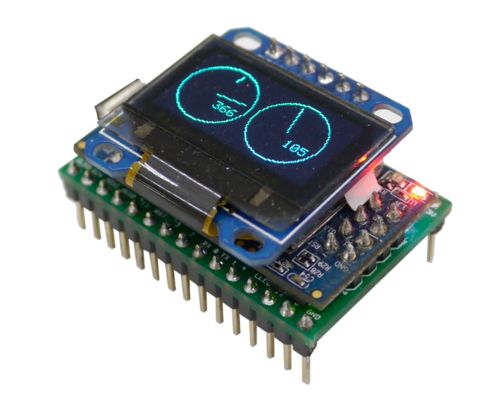 What makes the WiFiDunio system different from the AsiaRF board is its compatibility with the Arduino system which means you can use Arduino development tools  — but it’s smaller and cheaper than a typical Arduino device.

WiFiDuino uses the same processor as the Arduino Leonardo with a WiFi Shield, which would cost about $65 if you ordered from the AdaFruit store. 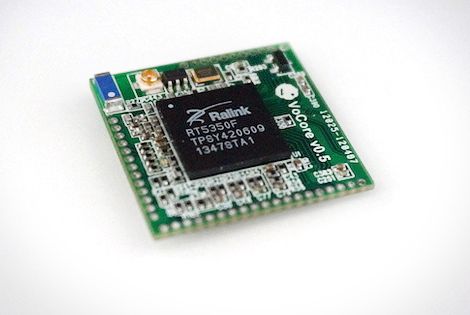 It supports interfaces for Ethernet, GPIO, USB, UART, JTAG, and more, but the VoCore itself doesn’t actually come with any USB or Ethernet ports unless you buy a separate dock… which is also ridiculously small. The VoCore does support WiFi though.

While the VoCore module itself can be yours for a pledge of $20, the VoCore plus dock starts at $40.

The developers suggest you could use this little system to connect a hard drive, printer, speaker, or camera to a WiFi network, create a portable VPN router, or create your own projects.

The VoCore project smashed through its $6,000 funding goal pretty quickly and early backers have already snapped up the lowest-priced rewards. But even at full price, the VoCore module can be yours for just $20. It should ship around October, 2014. 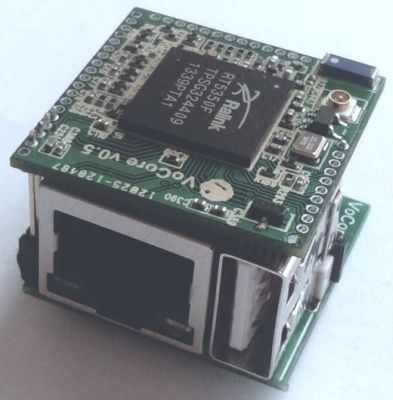 via CNX Software and DigiSpeaker