We already know Acer and HP have laptops with Intel Coffee Lake chips on the way. But in addition to the upcoming HP Envy 13 and Acer Swift 3 with , it looks like we can expect a new 14 inch Kaby Lake Refresh laptop from Asus (which also features NVIDIA graphics) and at least a few more models from Acer and HP.

That’s not surprising: odds are that all major PC makers will release computers with Intel’s 8th-gen Core chips by the end of the year. But it’s always nice to get a preview. So here’s a roundup of some additional laptops. 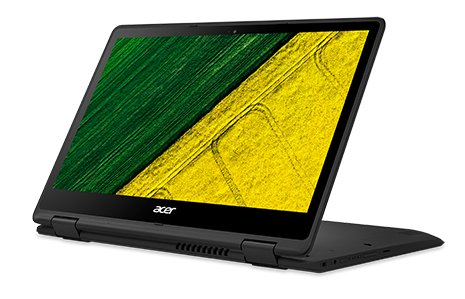 Acer’s Spin 5 is a convertible notebook with a 13.3 inch display and a 360-degree hinge that allows the screen to fold all the way back until you can hold the computer like a tablet.

There’s also model which is likely to sell for a significantly lower price. This version of the Spin 5 has a Core i5-8250U processor, 8GB of RAM, and 256GB of storage.

Other specs are pretty much the same as for the Core i7 model, including ports, size, and weight. Both laptops should ship with Windows 10 Home.

The computer ships with 8GB of RAM and a 256.GB M.2 solid state drive, but the memory can be upgraded to 16GB.

According to a service manual posted to the HP website, this convertible notebook with a 14 inch display will be available with Core i5-8250U and Core i7-8550U quad-core processor options.

That’s in addition to existing models which feature Pentium, Core i3, Core i5, and Core i7 Kaby Lake chips.

In other words, it seems like HP is updating its existing lineup to include new models with processors, but the changes aren’t significant enough to justify giving the new laptops a brand new name.

Depending on the model, some HP Pavilion x360 14m laptops may have NVIDIA GeForce 940MX graphics while others will just have Intel integrated graphics (which is branded Intel UHD Graphics 620 on models with 8th-gen Core processors).

Some models have HD displays while others  have full HD screens. And HP will offer Pavilion x360 14m models with up to 12GB of RAM, and up to 512GB of solid state or up to 1TB of hard drive storage.

And there’s a product page on HP’s Singapore website for the HP Notebook 14-bs100tx, describing a laptop with a 14 inch HD display, a Core i5 processor, AMD Radeon 520 graphics, 8GB of RAM, a 1TB hard drive, and a DVD writer.