The C64 Mini is basically what you’d get if you shrunk the case of a 1982 Commod 64 computer, added an HDMI port, and pre-installed 64 classic games.

First announced last September, the Retro Games Ltd has now revealed that the new system will be available starting March 29th, for $70 (or £70 or €80, depending on where you live).

The company has also revealed the list of games that will ship on the C64 Mini. But the C64 Mini isn’t just for gaming. It’s also a fully functional computer that supports the BASIC programming language and works with USB keyboards. 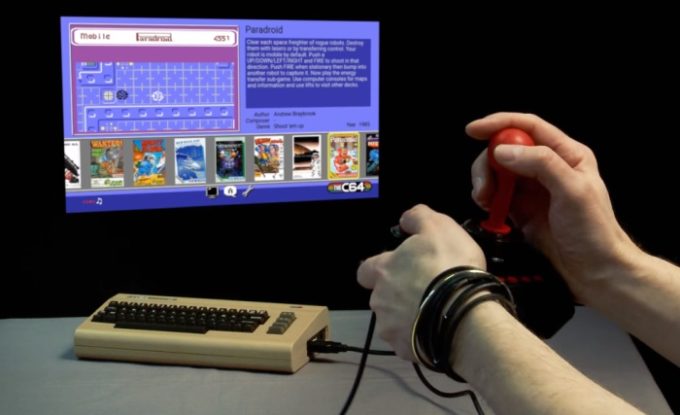 That helps set the C64 Mini apart from other retro game consoles like Nintendo’s NES Classic and SNES Classic, which are both designed to play games, but not much else.

The C64 Mini comes with a joystick and ships with the following games:

The C64 Mini seems like the sort of device that’s more likely to appeal to nostalgic gamers and PC owners of a certain age than to new audiences itching to get their hands on a device that plays 35-year-old games with pretty lousy graphics by modern standards. But $70 isn’t a lot of money to spend for a trip down memory lane.

For what it’s worth, the original Commodore 64 was considered cheap for the time, with a $595 price tag (the equivalent of about $1500 today).