The BlackBerry name used to be synonymous with smartphones featuring built-in keyboards. There aren’t as many of those as there used to be, but the company’s first Android smartphone had a slide-out keyboard, and after launching a few touchscreen-only devices, the company’s latest Android phone has a keyboard below the screen, giving it the look of a classic BlackBerry device.

That’s a mid-range processor, but BlackBerry is charging a premium price: the phone is set to sell for $549 when it hits the streets in May. But it does have a number of premium features including a high-quality camera, an aluminum frame, and that distinctive keyboard. 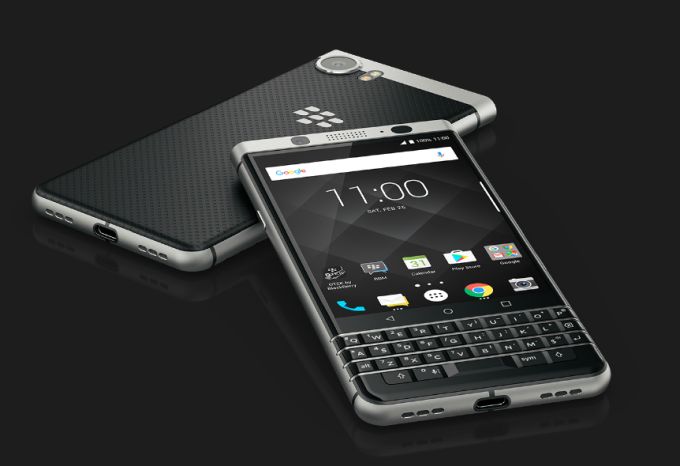 Update: The phone has officially been launched.

Like all new BlackBerry-branded devices, this phone isn’t actually manufactured by the Canadian company. Chinese electronics company TCL has partnered with BlackBerry to produce a line of devices using the BlackBerry name.

But for all intents and purposes, the KeyOne is what a modern BlackBerry phone looks like. It has classic design elements, Google’s Android operating system, and a bunch of BlackBerry apps.

The BlackBerry KeyOne has a 12MP Sony IMX 378 camera, an 8MP front camera with support for image and video stabilization and LCD light-up flash for well-illuminated selfies. There’s also a fingerprint sensor, a USB 3.1 Type-C port, and the KeyOne ships with Android 7.1 software.

There’s a microSD card slot that supports up to 2TB of removable storage.

It should support GSM networks including AT&T and T-Mobile in the US, but there doesn’t currently seem to be a CDMA version, which means Sprint and Verizon customers are out of luck for now.

The phone has a 3:2 aspect ratio display with 433 pixels per inch, which is a bit unusual for an Android phone. But the unusually shaped display makes room for the physical keyboard.

The KeyOne measures 5.8″ x 2.8″ x 0.37″ and weighs about 6.3 ounces. In addition to a touchscreen display and touch-sensitive keyboard, there are dedicated keys for power, volume, and a “BlackBerry Convenience Key” that can be used to open the camera or mute a call.

BlackBerry says the phone supports Qualcomm Quick Charge 3.0 technology, allowing you to get a 50 percent charge in 36 minutes. Other features include 802.11ac WiFi, Bluetooth 4.2, and NFC. And pre-loaded software includes BlackBerry Hub, Keyboard, Calendar, Contacts, Notes, Tasks, and DTEK security, along with Google apps such as Hangouts, Chrome, Drive, and Google Play.