The Asus Zenbook UX305 line of notebooks are basically entry-level ultrabooks. They’re super thin and light, but they lack a few premium features such as backlit keyboards. But they’re also among the most affordable ultrabooks on the market: prices started at $699 when the first model launched earlier this year, and these days you can often find models for on sale for much lower prices… or some models at the same price, but with much better specs.

Now there’s a new model which has the same basic design as the others, but which features a 13.3 inch, 3200 x 1800 pixel touchscreen display. The new Asus Zenbook UX305CA with a QHD+ screen has a list price of $799, but right now you can buy one from the Microsoft Store for $699. 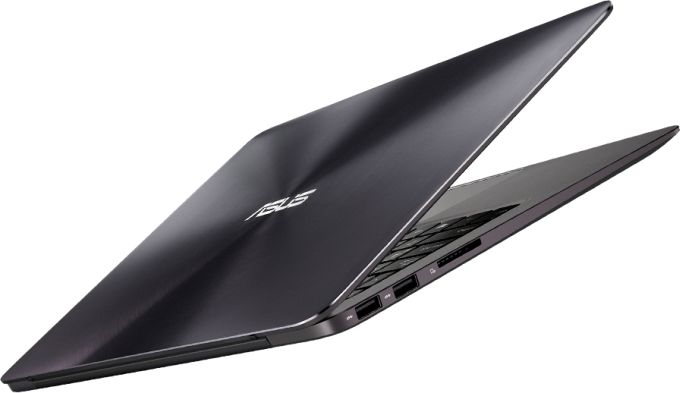 The laptop has an Intel Core m3-6Y30 Skylake processor, 8GB of RAM, and 256GB of solid state storage. Asus says the laptop should get up to 10 hours of battery life from its 45 Whr battery.

Other features include 802.11ac WiFi, Bluetooth 4.0, three USB 3.0 ports, a micro HDMI port, a headset jack, and an SD card slot. The laptop doesn’t have an Ethernet jack, but you can use a USB-to-Ethernet adapter if you really need a wired connection.

The Asus Zenbook UX305CA measures about 12.8″ x 8.9″ x 0.5″ and weighs 2.6 pounds. It’s also a fanless system: the Core M processor is a low-power chip that doesn’t generate a lot of heat, so Asus was able to use passive cooling in this laptop.

While this model may not have the CPU horsepower of the Zenbook UX305LA (which has a Core i5 Broadwell chip), Ars Technica recently reviewed a similar model with a Core M3 Skylake processor and found that it actually outperforms the UX305LA in some graphics benchmarks, and comes surprisingly close in performance in some general-purpose tests.

I was pretty impressed with the bang for the buck offered by the original Zenbook UX305FA with a Core M Broadwell chip. It sounds like the move to Skylake generally offers improved performance and battery life… although the high resolution touchscreen display on the newest model might have an impact on battery life.