Asus will update its EeeBook line of affordable, portable notebooks this summer with the launch of the Asus EeeBook E202.

It’s an 11.6 inch laptop with a fanless design, a 6 watt Intel Pentium N3700 quad-core processor based on Intel’s “Braswell” architecture, and a design that measures about 0.84 inches thick and weighs about 2.65 pounds.

The new laptop will likely replace the Asus EeeBook X205TA, which is a $200 laptop with an Intel Atom Z3735F processor and surprisingly decent performance for a machine in that price range. 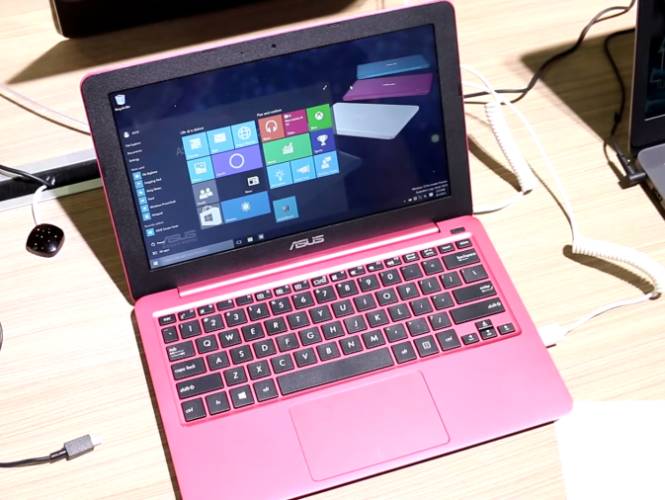 The folks at Mobile Geeks spotted the new Asus laptop on the show floor at Computex in Taiwan this week. The specs for a demo unit paint a picture of a new portable notebook with some nice upgrades, including:

It’s likely that Asus will also offer models with smaller amounts of solid state storage. And I wouldn’t be surprised if there’s an entry-level version of this laptop available with 2GB of RAM. But it’s nice to at least have the option of a 4GB model.

It’s interesting that the laptop has both a USB-C port and a separate charging port. That means you can charge the device and still have three USB ports free. But it’d be nice to be able to charge via USB the way you can with the latest MacBook and Chromebook Pixel models.

Other features include a micro HDMI port, a VGA webcam and micro SD card reader.

The laptop should ship with Windows 10, which means it’ll launch in late July or early August at the soonest.