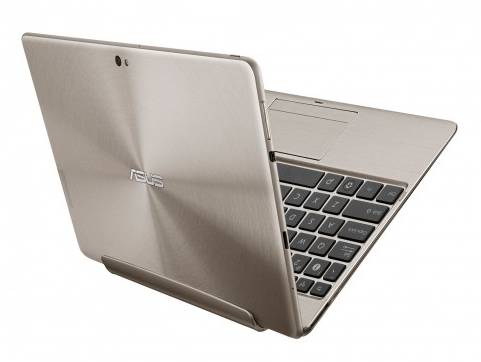 The Asus Eee Pad Transformer Prime is the most powerful Android tablet to date. It’s the first device to include a 1.3 GHz NVIDIA Tegra 3 quad-core processor with high performance graphics. It has 1GB of RAM, a 10.1 inch Super IPS+ 1280 x 800 pixel display, and a new high-quality camera.

Like the original Eee Pad Transformer, the Prime is available as a standalone tablet for around $500 and up — but you can also spend an extra $150 to buy a keyboard dock that lets you use the device like a laptop. The dock also has its own battery which gives you another 6 hours or so of run time.

Asus expects the Eee Pad Transformer Prime to go on sale in North America starting the week of December 19th. A handful of websites have already published reviews or hands-on impressions of the tablet. Here’s a roundup.

Asus just started sending review units a day or two ago, so it’s a bit early for anyone to have detailed battery life results. But while Asus has promised about 12 hours of run time for the tablet, it seems like 10 hours might be a more reasonable estimate. You can add an extra 5 or 6 hours by attaching the keyboard dock though — and if you really plan to use the Transformer Prime for 15 or more hours at a time, I salute you.

Overall it sounds like there’s little doubt that the Transformer Prime has a faster processor and a better display than any other Android tablet released to date. But in the coming months we’ll probably see a number of devices from Acer, Lenovo, and other companies which will also use NVIDIA’s Tegra 3 processor.

It’s also interesting that the first tablet with a quad-core processor still doesn’t seem to be as fast as the dual-core Apple iPad 2, at least when performing some tasks such as flipping pages in Marvel comic books or running graphics benchmarks.

The Transformer Prime also ships with Android 3.2 Honeycomb, which means that the software will look familiar to anyone that’s used a high-end Android tablet in the last 6 months. But Asus will push an Android 4.0 Ice Cream Sandwich software update soon, which will give the user interface a new look and which may (or may not) affect overall performance.