The Archos GamePad is a 7 inch Android tablet with built-in buttons and joysticks designed to make video games easier to play without obscuring the on-screen actions by placing your thumbs on a touchscreen.

Already available in Europe, Archos showed off the GamePad at CES last week, and promises the tablet will be available in the US in the next few weeks (probably around February) for $169. 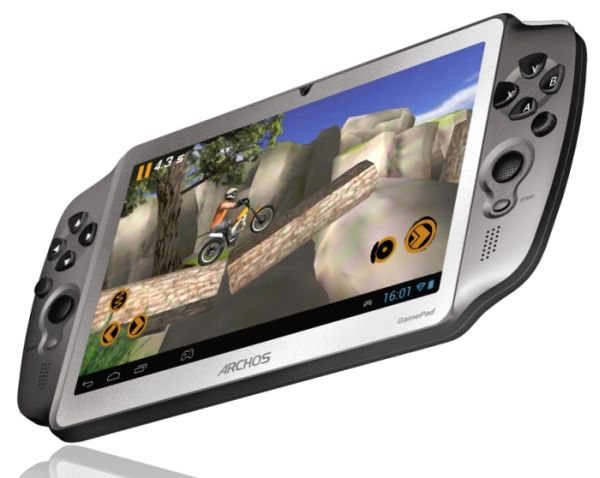 While most Android games are designed for touchscreen displays, Archos offers a button-mapping tool that lets you move the action to the sides of the screen.

Those buttons can also come in handy if you’re running emulators to play classic Nintendo, PlayStation, or other games. I’ll just go ahead and assume that you’ve legally purchased those games and ripped them yourself rather than downloading them from the internet.

In addition to the physical controls, the tablet features a capacitive touchscreen with support for 5-point multitouch input.