Apple is launching a new line of Mac Studio computers that deliver better performance than an Intel-powered Mac Pro while taking up far less space on your desk. 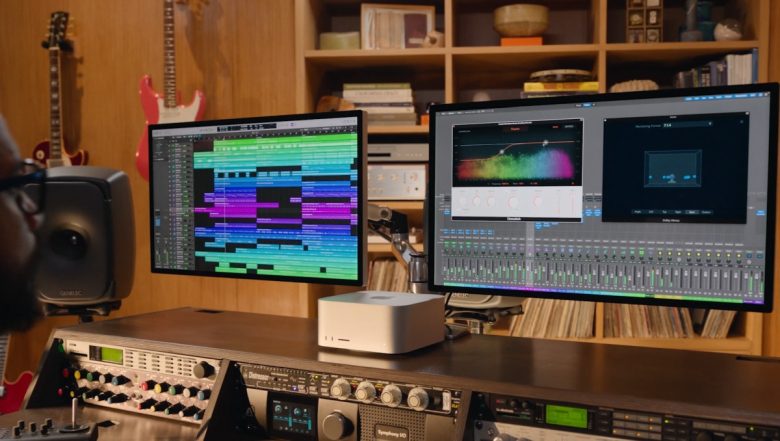 If those prices are surprising though, it may be because they’re actually lower than the $5,999 starting price for a current-gen Mac Pro desktop computer, even though Apple says the new Mac Studio with an M1 Ultra processor is up to 60% faster than a Mac-Pro with a 28-core Intel Xeon W processor.

During the company’s March 8th, Peek Performance event, Apple hinted that a new Mac Pro is on the way soon, but the company hasn’t provided any details yet.

Apple says it was able to put that much horsepower into a small package thanks to the energy efficiency of the M1 Ultra processor. While it’s more power hungry than the company’s M1, M1 Pro, or M1 Max chips, it still offers significantly more performance-per-watt than the latest Intel desktop chips. 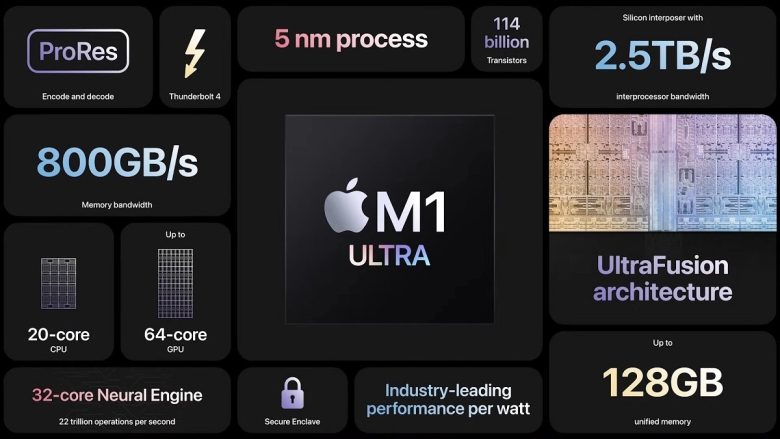 The company also designed a cooling system that includes a double-sided blower that draws air up through the bottom of the chassis, circulates it, and blows it out the back thanks to 4,000 holes in the bottom and rear of the case. Apple says the fan stays “incredibly quiet, even under the heaviest workloads). 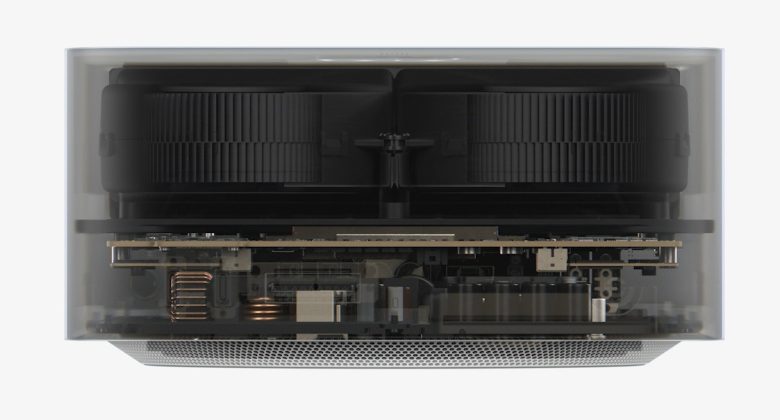 For now, the Mac Studio seems poised to take the top spot in Apple’s lineup in terms of performance for the time being, and Apple is positioning the Mac Studio as a computer for creative professionals. 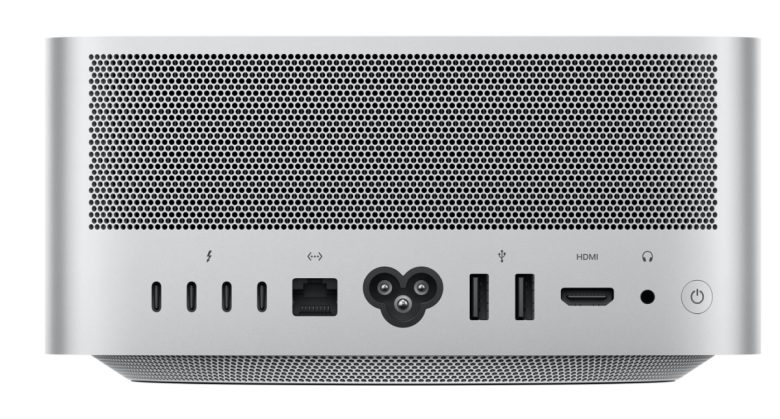 In addition to a high-performance, energy-efficient processor, it has:

There are also two more ports on the front of the computer. They’re Thunderbolt ports on models with M1 Ultra chips and USB-C ports on versions with M1 Max processors. 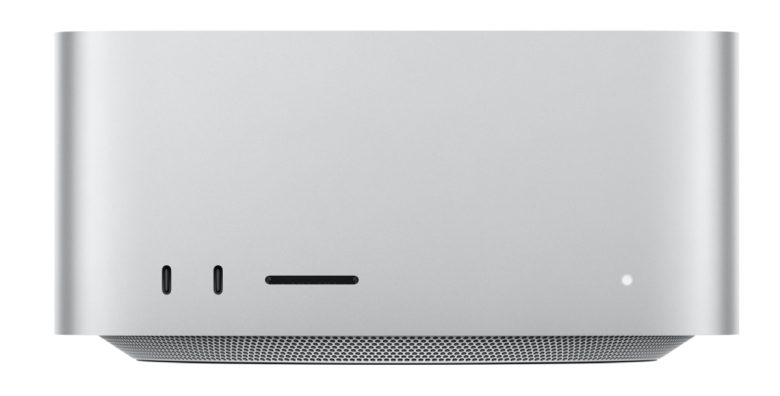 Apple says the computer can drive up to four Pro Display XDR screens plus a 4K display simultaneously.

One thing to keep in mind is that Apple has a way of segmenting its M1 chips: the $1999 starting price gets you a Mac Studio with an M1 Max chip featuring 10 CPU cores and 24-core graphics. you’ll have to pay $200 more for a version with 32-core graphics. 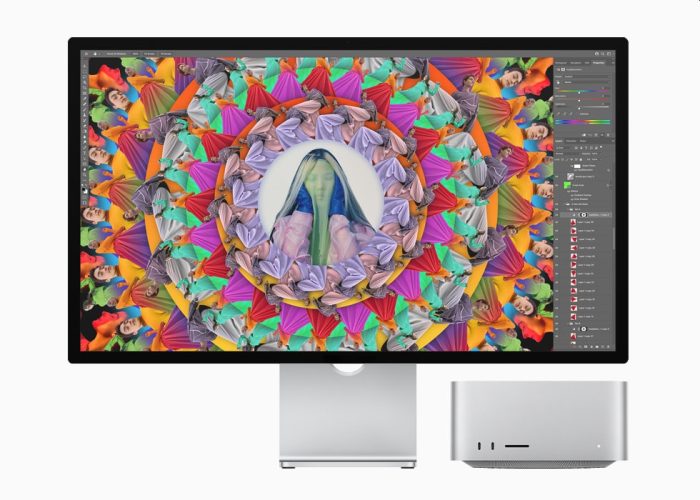 The price difference is even greater for the Mac Studio with an M1 Ultra: the base model has a 20-core CPU with 48-core graphics. Want the full 64-core GPU? You’ll need to pay an extra $1000.

A maxed-out configuration with the most powerful M1 Ultra processor, 128GB of memory, and 8TB of storage will set you back $7,999.