AMD is outlining some of its plans for the coming years at a “Next Horizon” event in San Fransciso today.

The company’s first 7nm chips based on the new “Zen 2” architecture are et to launch in 2019. We could see 7nm+ “Zen 3” chips the following year. And Zen 4 is already in development, with plans to launch that architecture in 2021 or later. 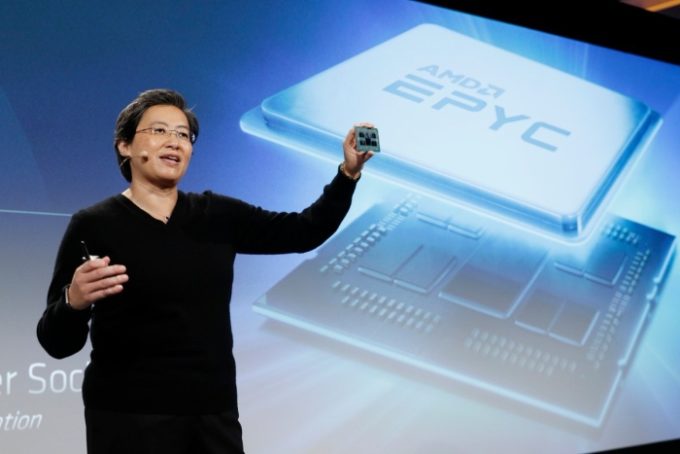 AMD’s first Zen 2 CPU is currently code-named “Rome,” and it’s aimed at data centers. The chips will likely be part of the company’s next-gen EPYC line of server processors when they hit the streets.

The chip maker says it will bring a significant boost in performance (up to 52 percent more instructions per cycle and twice the throughput) and a reduction in power consumption. The new architecture also supports fully encrypting data as it’s transferred to memory.

The company is also introducing a modular design — Rome processors will feature four to eight 7nm “chiplets” with the CPU cores combined with a 14nm “I/O die” featuring the memory controller.

It’s not clear when we’ll start to see Zen 2 chips for consumer desktop and laptop computers, but I wouldn’t expect that to happen until sometime after the first server processors based on the new architecture ship.

We should learn more about the 7nm+ Zen 3 architecture and its Zen 4 successor in the coming year.

via VentureBeat, TechPowerUp, and AnandTech (1)(2)