A few weeks after Amazon started selling a $70 version of its entry-level Fire tablet, the company has officially announced that the Amazon Fire Tablet is now available at two prices:

But the company is also now offering additional color options. In addition to black, you can now buy the Fire Tablet in blue, purple, or orange (although Amazon calls the colors black, blue, magenta, and tangerine). 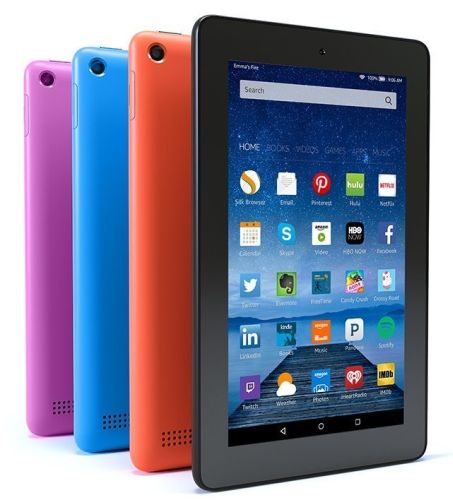 Each tablet has the same basic specs, including a 7 inch, 1024 x 600 pixel IPS display, a 1.3 GHz quad-core MediaTek processor, a microSD card slot for up to 128GB of removable storage, front and rear cameras, up to 7 hours of battery life, and Amazon Fire OS software.

While the Fire Tablet certainly isn’t the best tablet money can buy, it’s one of the cheapest options with an IPS display and reasonably decent performance. The only catch is that Fire OS is tied to Amazon’s apps and services, rather than Google’s, which could be limiting for folks that prefer the wider selection of apps available from the Google Play Store (and who don’t want to go through the hassle of rooting the Fire tablet).