Allwinner is showing off an early version of an upcoming single-board computer called the Nobel64 Board. It’s aimed at hardware and software developers, and it’ll be the first such board from the Chinese chip maker to feature a 64-bit processor. 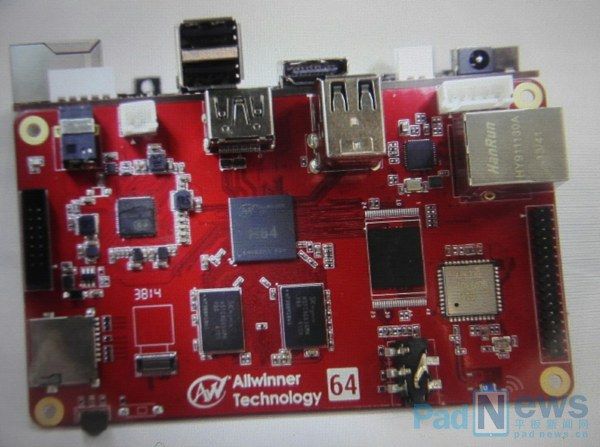 The board has 2GB of RAM, 16GB of storage, and features Gigabit Ethernet, dual-band WiFi, HDMI output, Bluetooth 4.0, and 2 USB 2.0 ports.

According to Allwinner, the Nobel64 Board can be used to help device makers design tablets, notebooks, set-top-boxes, digital signage systems, or other devices that use the upcoming H64 processor.

The company hasn’t yet announced a price or release date for either the chip or the developer board.

Update: Charbax from ARMDevices got a chance to check out the Nobel 64 board in person. It should be available in early 2015.