Acer is throwing its hat in the compact gaming laptop space with an unusual new notebook called the Acer Predator Triton 700.

The notebook sports a 15.6 inch display and a body that’s just 18.9mm (0.74 inches thick). It’s not exactly the lightest laptop around, weighing in at 2.6kg (about 5.7 pounds), but it’s a powerful computer with an overclockable Intel Kaby Lake processor, NVIDIA GeForce 10-series graphics, and an unusual design with a glass touchpad above the keyboard… and when I say glass, I mean it’s clear glass that lets you see the AeroBlade cooling system that’s under the touchpad. 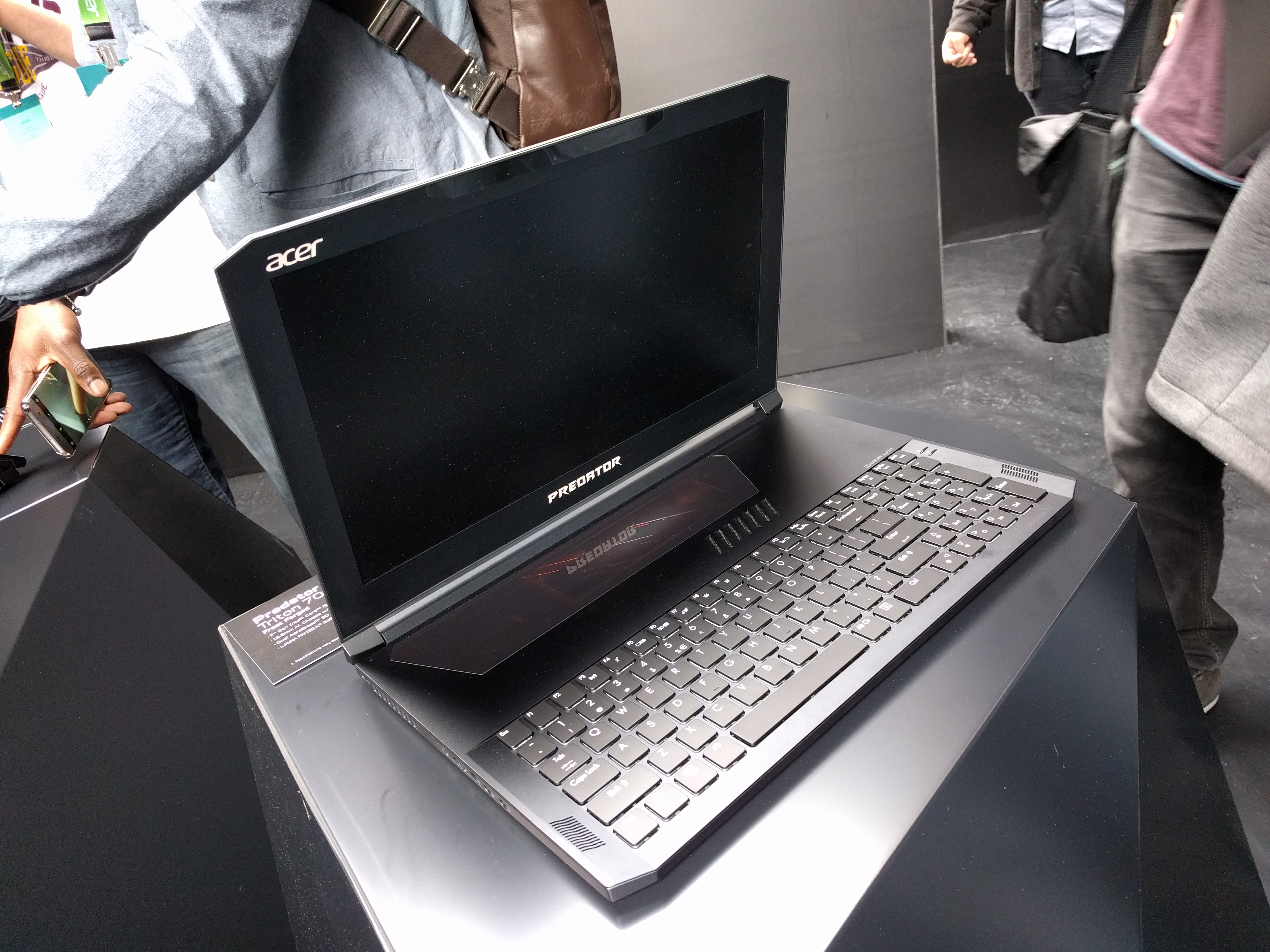 The Triton 700 features a full HD IPS display, support for two NVMe PCIe solid state drives, and up to 32GB of DDR4-2400 memory.
It has Thunderbolt 3 support, two USB 3.0 ports, Gigabit Ethernet, and HDMI 2.0. And the system has a mechanical keyboard with programmable RGB lighting. There’s also a fan control system that lets users adjust the system cooling policy manually for performance that best meets their gaming needs.

The Predator Triton 700 gaming laptop is set to hit the streets in August, but it won’t be cheap: Pricing starts at $2,999 in North America and 3,399 Euros in Europe, the Middle East, and Africa.