Less than a week after we found out that the BeagleV Starlight single-board computer with a StarFive JH7100 RISC-V processor was not going to be mass produced, StarFive has announced that you may still be able to purchase a board soon using the same processor.

The Chinese chip maker is partnering with single-board PC maker Radxa on a new device that is expected to launch before the end of Q3, 2021.

The StarFive JH7100 is a 28nm dual-core processor with CPU cores based on SiFive’s U74 designs which, in turn, are based on RISC-V architecture. That’s an open standard instruction set for processors that’s starting to gain steam as an alternative to ARM.

RISC-V designs are still in their early days, and the StarFive JH7100 isn’t exactly a speed demon. It’s expected to offer performance comparable to an ARM Cortex-A55 CPU. But it’s also expected to be a relatively affordable entry-point for developers interested in beginning to work with RISC-V hardware.

Details about the upcoming Radxa board are light at the moment, but in an announcement, StarFive indicated it’ll ship within the next few months. 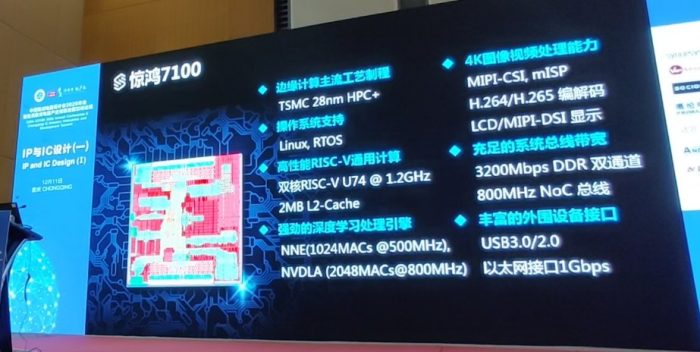 The company also plans to introduce a next-gen chip called the StarFive JH7110 soon, and that it will have at least one feature the JH7100 lacks: support for a GPU.