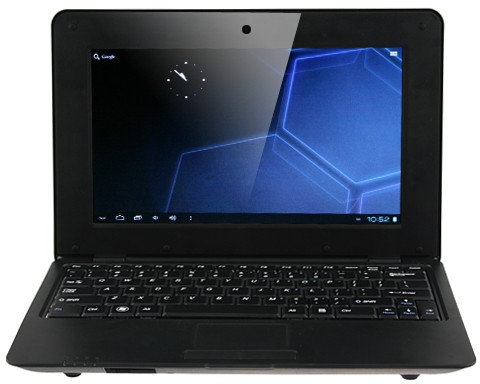 Intrigued by the AllWinner A10 processor, but don’t think an HDMI stick PC is quite what you’re looking for? Maybe the H6 Netbook is more your speed. It features a 10.1 display, 4GB of internal storage, and 1GB of RAM — but it’s the A10 processor that makes the H6 stand out from the crowd.

The H6 is one of the first netbooks built around the AllWinner A10 to hit retail shelves. At $140 (shipping included), it’s a bit on the pricey side — there’s a very similar netbook up for sale on AliExpress for $116.50 (possibly the same one Brad spotted at $79 recently). It’s still a decent buy, however, and though it ships with Android 4.0 Ice Cream Sandwich installed, you should be able to load any A10-friendly Linux distribution onto the H6 as well.

One of the best reasons to pick up either of these netbooks is the enthusiastic development scene that has sprung up after the release of the humble MK802. If you’re going to purchase a low-cost, ARM-powered device, it’s hard to go wrong with the A10.