After months in development, version 12 of the popular XBMC media center app is now available for download. The latest version adds support for live TV and personal video recorder functions on supported platforms, and support for two entirely new platforms: The Raspberry Pi and Google Android.

You can download XBMC 12 “Frodo” for free at XBMC.org. 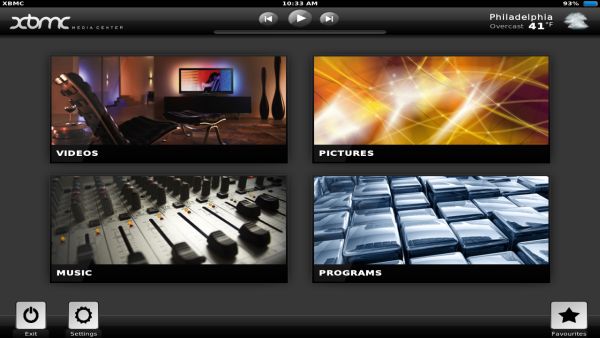 While the Android app isn’t available from the Google Play Store, you can download the APK installer to install XBMC on most Android phones, tablets, or set-top-boxes. The latest builds of XBMC include support for hardware-accelerated video playback on most recent Android devices with ARM-based processors.

XBMC developers have been offering experimental support for PVR features for a while, but now the PVR frontend is baked right into XBMC. You’ll still need to install and configure a backend using third party software such as MythTV, MediaPortal, or NextPVR.

Other changes in XBMC 12 include a new default skin, an improved version of Touched, the skin for using XBMC on touchscreen devices including iOS and Android phones and tablets, and improved scrapers for automatically downloading posters and other art for movies and TV shows.

You can find more details about updates in XBMC 12 in the changelog.