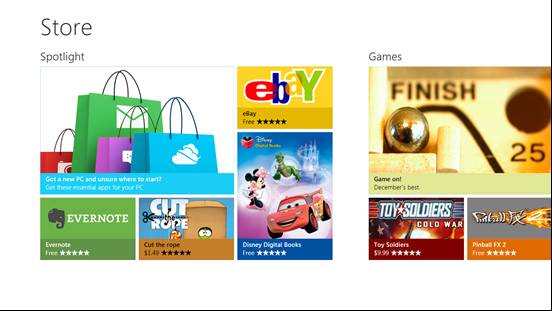 Microsoft has announced that it will launch the first public beta of Windows 8 in February, 2012. There’s already a developer preview of the operating system available, and it’s been downloaded millions of times. But Windows 8 beta will offer a more stable experience, new features, and the first version of the Windows 8 app store.

The app store is designed for Metro-style apps. Metro is the new touch-friendly user interface for Windows 8, designed for tablets as well as notebook or desktop computers with touchscreen displays. You can also navigate the Metro user interface with a keyboard and mouse.

Desktop apps that aren’t designed for the Metro UI won’t be available for download or purchase from the Windows 8 app store, but developers will be able to promote their apps in the store and offer links to the download sources.

At launch, the app store will only offer free apps from developers working closely with Microsoft, but eventually there will be paid apps as well.

Microsoft says developers will be able price paid apps between $1.49 and $999.99. Microsoft will take a 30 percent cut of revenue generated from app sales — but that percentage will fall for top-selling apps. Once a developer makes $25,000, Microsoft’s share will drop to 20 percent. Individual developers will be able to register for an app store account for $49, while companies will pay $99.

Developers can find out more about the app store in the new Windows Store blog.