The first USB 3.2 Gen 2×2 devices are expected to ship this year, offering data transfer speeds up to 20 Gbps. But less than a week after announcing the impending arrival of the new technology (and a confusing re-naming of previous-gen USB standards), the USB Promoter Group has announced that USB4 is on the way… and it’ll offer up to twice the speed.

That’s because Intel has contributed its Thunderbolt 3 protocol specifications to the USB Promoter Group, which basically means that all USB4 ports and cables should support speeds up to 40 Gbps. 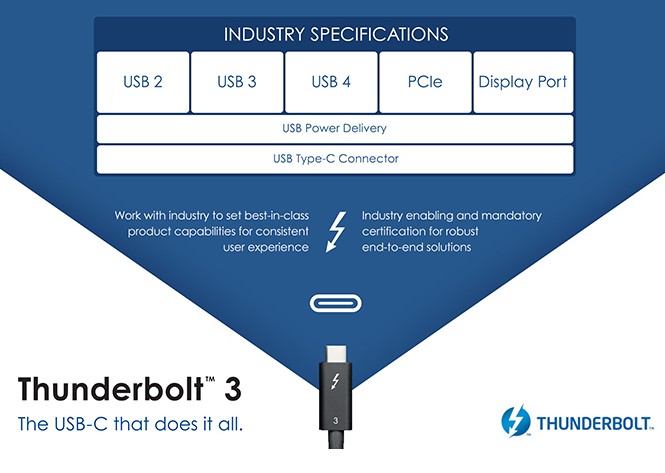 That’s the theoretical max speed that’s already offered by devices with Thunderbolt 3 ports. But there are only around 450 certified Thunderbolt 3 devices at the moment.

Since Intel is offering up the specification royalty-free, it will now be easier (and cheaper) for device makers offer 40 Gbps speeds by adopting USB4.

USB4 is backward-compatible with USB 3.2, USB 2.0, and Thunderbolt 3. So if you buy a device that uses the new standard (such as a laptop, tablet, smartphone, charger, or cable), you should be able to use it with previous-gen devices. You just may not get slower speeds.

The USB Promoter Group says it’ll share detailed specifications for USB4 later this year. It’s not clear when you’ll be able to actually get your hands on devices that make use of the new standard.