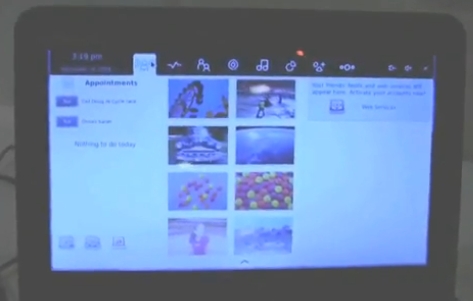 It’s been a little while since I’ve tried out Moblin Linux on a netbook, but Sascha from Netbook News caught up with the folks at Canonical at the Intel Developer Forum in San Francisco recently and got a chance to shoot a video walkthrough of a Dell Inspiron Mini 10v running the new Ubuntu Moblin Remix Developer Edition operating system.

In a nutshell, Moblin is a custom user interface for Linux netbooks. It’s designed for devices with small displays and limited screen real estate. It’s also designed for internet connectivity and puts features like the web browser, instant messaging, and email front and center. There’s also a built in media player and since Ubuntu Moblin Remix is built on Ubuntu Linux, you can still install any of the thousands of applications that can run on Ubuntu Linux using the Synaptic Package Manager.

One of the most interesting ideas is replacing the typical Windows-style taskbar with a new “zones” concept that lets you open windows in different virtual desktops and toggle between them. I like this idea a lot better than the Ubuntu Netbook Remix concept of simply opening every single application in full screen mode. Because let’s be honest, do you really need to see your calculator in full screen?

You can check out the video after the break. There’s also a brief look at the latest version of Ubuntu Netbook Remix which will be available with Ubuntu 9.10 which is due out next month.