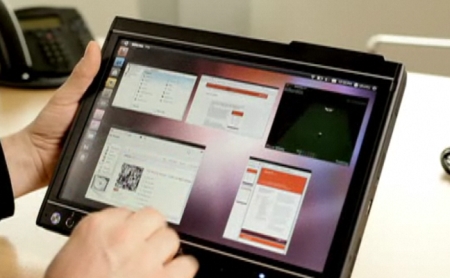 While some folks have panned the new Unity interface for netbooks in the latest release of Ubuntu Linux, there is one kind of nifty new feature included in Ubuntu 10.10 for netbooks and tablets: the new uTouch gesture support.

Unity includes a multitouch gesture library. It lets you perform actions such as expanding and moving windows, launching multiple windows, and minimizing and maximizing windows using two or more fingers. The framework supports up to 4 finger touch input.

Canonical has released a demo video showing just some of the new uTouch features included in Ubuntu 10.10’s Unity interface. You can check it out after the break.

Ubuntu Linux is one of the most popular Linux-based operating systems for notebook and desktop computers. With these new touch features, perhaps we’ll start to see it on more tablets and other touchscreen computers as well.