Apple’s new smartwatch is designed to offer notifications, track health data, and let you communicate without removing your phone from your pocket or your bag. You can use it to pay for goods at 700,000 retail locations without swiping a card. And you can use Siri voice assistant to ask questions, set reminders, check the weather, and more.

But that’s just some of what the Apple Watch can do before you install a single app — you can also use third-party apps. Apple says developers have created thousands of apps since the WatchKit SDK launched in late 2014. 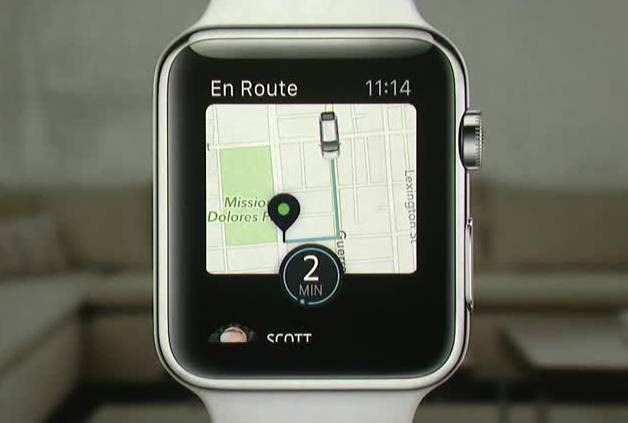 Apple showed off a few of those third-party apps including communication app WeChat, which supports text and “stickers,” support for third-party watch faces including an animated Mickey Mouse watch face which has dancing feet instead of a second hand, and an Instagram app which lets you view photos, likes, and other information.

There’s an Alarm.com app that lets you access and control your home security system — even viewing video from surveillance cameras or unlocking doors at your home when you’re away from the house.

The Uber app shows information about nearby cars, driver information, and more. And you can use the Apple Watch to bring up boarding information before boarding a flight.

In other words, much of what you can do with Apple Watch are things you could already do with a phone… but you can do them without grabbing and unlocking your phone first. Glancing at your wrist takes a lot less time.

Apple is hardly the first company to introduce a smartwatch… but it looks like there’s a pretty robust ecosystem of third-party apps ready to go at launch. You’ll need an iPhone running iOS 8.2 or later with the Apple Watch app store in order to find and install Apple Watch apps or manage your notification settings.

The Apple Watch goes up for pre-order April 10th and launches April 24th.