First announced this summer, the Sega Genesis Mini 2 went up for pre-order in October and began shipping to customers this week. It’s now available for purchase directly from Amazon for $100. 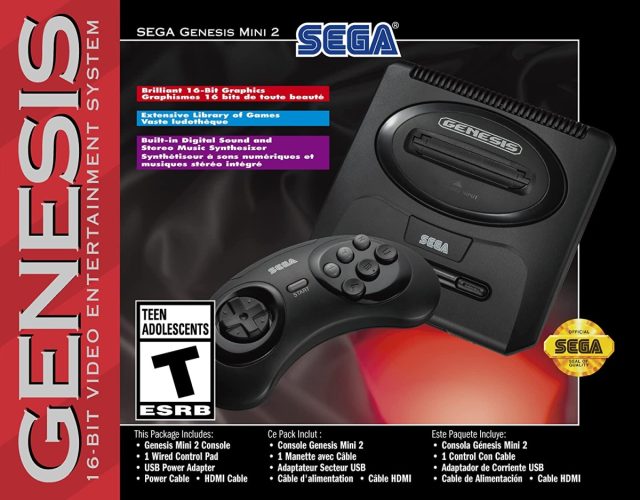 Note that the price tag doesn’t include shipping – since the game console is shipping from Japan, customers in the US will have to pay $22 for standard shipping or $27 for priority shipping.

As the name suggests, this isn’t the first time Sega has launched a retro console designed to play Genesis games. The first model came in 2019 and shipped with 40 games pre-installed.

The 2nd-gen model is even smaller, has a different set of games, and comes with more games including a few Sega CD titles as well as some previously unreleased games.

Here’s the full list of all 60 games that come pre-installed on the Genesis Mini 2:

Bonus Games (unreleased or ported from other consoles)

The Sega Genesis Mini 2 may ship from Japan, but it’s designed for the North American market. Sega is also selling a Mega Drive Mini 2 for customers in  Europe and Japan with a similar design, but a different name and a slightly different set of games.

Welcome To The Next Level!

via @SEGA and Engadget