Details about Motorola’s smartphone plans for 2017 have been leaking for a little while, but it looks like the company held a private event recently… and it’s led to some pretty informative new leaks.

Evan Blass shares one of the best to date: a look at the entire Motorola 2017 smartphone lineup. 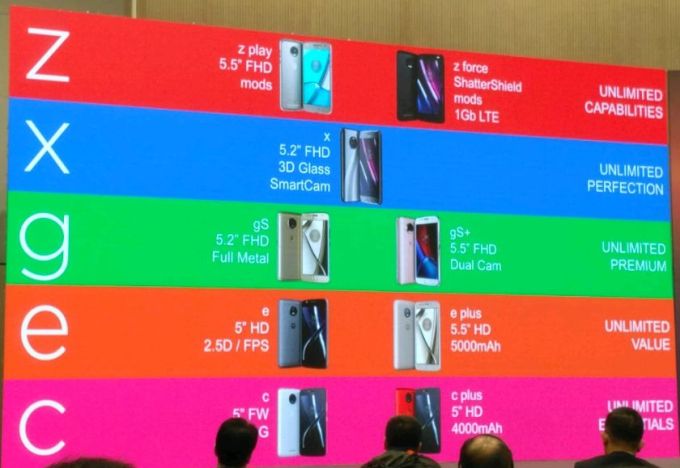 A single picture provides an overview of the company’s new phones as well as a brief description of where they fit into the lineup. Previous leaks flesh out some of the details, but we’ll probably have to wait a little longer for official prices, release dates, and confirmation of all of the new phones’ features.

But here’s a brief run-down of what’s coming this year from Motorola, arranged from top-of-the-line to entry-level:

If previous reports are accurate, the new Moto C will have an 854 x 480 pixel display, 1GB of RAM, 8GB of storage, a 2,350 mAh battery, and a 32-bit processor, which makes it the kind of dirt cheap phone that prepaid wireless carriers sell for as little as $20.

The Moto C Plus, meanwhile, is expected to have twice as much storage and memory, a 64-bit CPU, a bigger battery and a higher-resolution display, which could make it the new entry-level phone-to-beat… unless you want an even bigger battery, in which case there’s the Moto E Plus.