Samsung hasn’t yet revealed how much it’s upcoming Galaxy Tab 3 will cost. But now there’s a little more evidence that the 7 inch tablet will be a low-cost alternative to Samsung’s pricier Galaxy Note tablets.

We already knew that the Galaxy Tab 3 would have the same 1024 x 600 pixel display (which probably costs less to produce than the 1280 x 800 pixel screens found in many other tablets). Now it looks like the tablet will also be saving some money on the processor.

Update: Nope, it looks like Samsung is going with an Exynos chip. 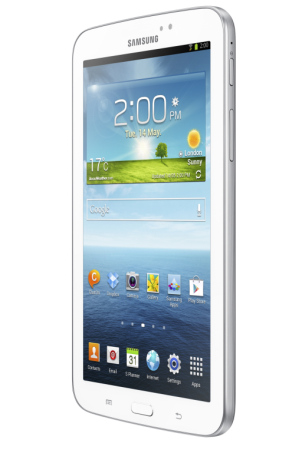 Benchmark results for the Galaxy Tab 3 at the GLBenchMark site show that the tablet features a Marvell PXA986 processor.

But as the benchmark results show, it’s not exactly a top tier device. Tablets with NVIDIA Tegra 3, Samsung Exynos 4, and Rockchip RK3188 chips outperform it in most tests.

The Galaxy Tab 3 will also feature 1GB of RAM, up to 16GB of storage, a microSD card slot, WiFi, Bluetooth, A-GPS, and front and rear cameras.