Samsung’s first smartphone with a foldable AMOLED display got mixed reviews, but at least it had a clear selling point — it’s a phone that also works as a tablet when unfolded. The company’s next phone is a modern smartphone that… you can fold in half.

If early reviews of the similarly-shaped Motorola Razr are anything to go by, that’s a weird value proposition.

But Samsung’s new Galaxy Z Flip does at least have a few things going for it that the new Razr does not. It’s got high-end specs including a (slightly dated) flagship-class processor. And it’s the first foldable phone to feature a flexible glass display rather than a plastic screen, which could make it more pleasant to look at and to touch. Maybe. I guess we’ll see.

The Samsung Galaxy Z Flip will be available starting February 14th for $1380. 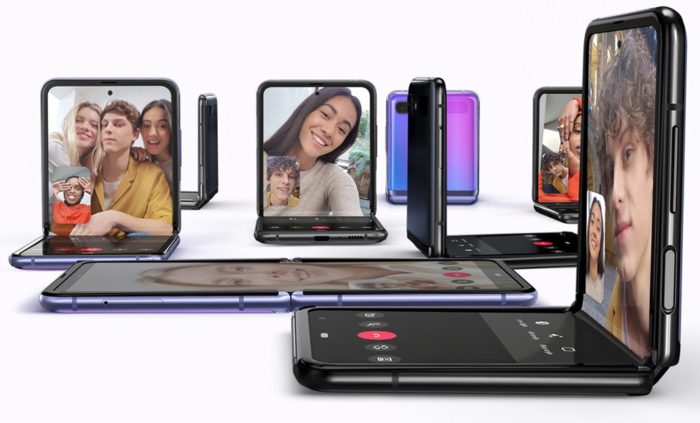 The Samsung Galaxy Z Flip is powered by a Qualcomm Snapdragon 855+ processor rather than a newer Snapdragon 865 chip… but at least that’s a step up from the Snapdragon 710 chip chosen by Motorola.

Samsung’s new foldable phone ships with 8GB of RAM and 256GB of storage. It has a 3,300 mAh battery with 15W fast charging support or 9 watt Qi wireless charging. And there’s a fingerprint sensor on the side of the phone.

Camera’s include a 10MP front-facing camera, and dual 12MP rear cameras — a primary camera and a 123-degree ultrawide camera.

The Galaxy Z Flip has a microSD card reader but no headphone jack. Interestingly the phone also has just a mono speaker.

But those are the boring specs. It’s the display that’s the phone’s stand-out feature. 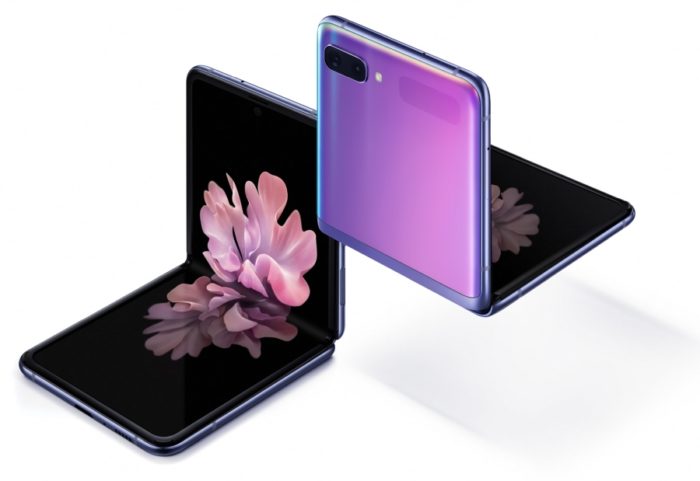 The primary screen is a 6.7 inch, 2636 x 1080 pixel AMOLED display that can fold in half to make the phone more portable. Samsung says its first phone with a foldable glass screen can be folded and unfolded as many as 200,000 times without damaging the phone.

But… that’s all you get from the foldable phone. You don’t get a tablet-sized screen when unfolded. You just get a smaller device when folded. Samsung has put some effort into optimizing the software to take advantage of the fold, but for the most part the Galaxy Z Flip is just an expensive phone that you can fold in half.

But I guess that could be a good thing if you’re looking for a phone that acts as its own screen protector, fits into smaller (but less tight) pants pockets, or doesn’t tempt you to check your social media feeds every time you pull out the phone just to look at the time — there’s a secondary 1.1 inch, 300 x 112 pixel AMOLED display on the outside that lets you see the time and other notifications without unfolding the phone. 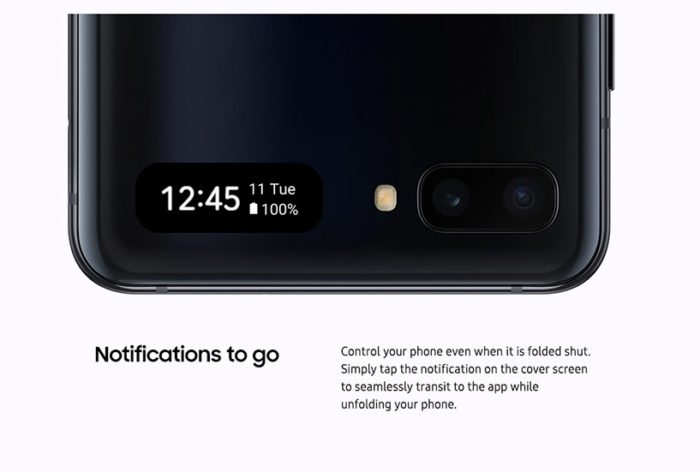 You can also tap the notification icon when the screen is folded to “seamlessly transit to the app while unfolding your phone.” And Samsung says you can even use the tiny screen as a viewfinder for framing shots with the rear camera — if you don’t mind using a 1 inch viewfinder.

Samsung has also introduced new ways to interact with a phone that take advantage of the fold in the middle. Prop up your phone so the bottom acts as a stand, for example, and you can use the top as a camera viewfinder and the bottom for controls. 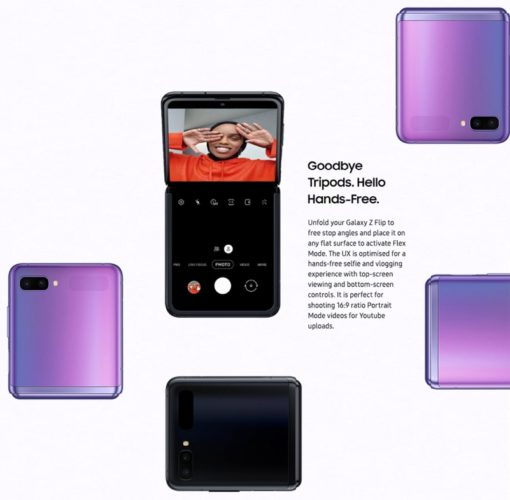