When the first Raspberry Pi computer launched in 2012, it seemed crazy that the folks behind the project were able to sell a fully functional computer for just $35, even if it was a computer with a low-power ARM-based processor designed to run Linux and use an SD card (sold separately for storage).

But since then the Raspberry Pi Foundation has launched several newer models with more powerful hardware and more versatile features while keeping the $35 price tag.

Now the group is launching a truly entry-level model: the Raspberry Pi Zero is a $5 computer. 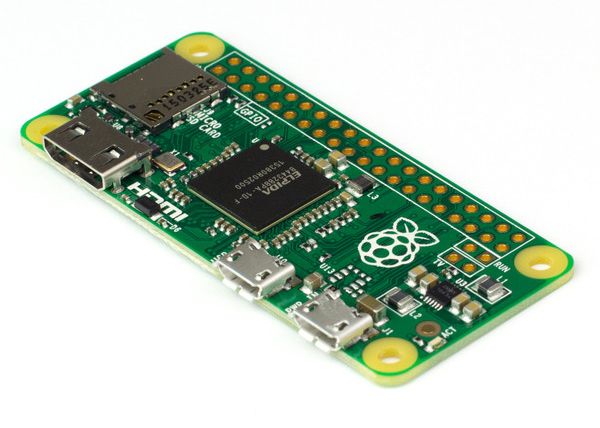 The Raspberry Pi Zero is a small single-board computer with a 1 GHz Broadcom BCM2835 ARM11 processor, 512MB of RAM, a microSD card slot for storage, a mini HDMI port, and two micro USB ports (one for power, and one for data).

The new model is the smallest Raspberry Pi system to date, measuring just 2.6″ x 1.2″ x 0.2″. While it has a 40-pin GPIO header, it ships unpopulated. That means that while any software that can run on a first-gen Raspberry Pi can run on the new Zero model, you might need something like this $1 break-away 2×20-pin strip to make use of the GPIO headers for HATs or other hardware.

There are also new pHATs, or Pi Zero-sized “proto-HATs” that can be soldered directly to the GPIO headers to add functionality such as sensors, motor drivers, audio hardware, or LED lights.

Here are a few things to keep in mind about the new Raspberry Pi Zero:

The Raspberry Pi Zero is available in the US from Adafruit and Micro Center. In the UK it’s sold by element14, The Pi Hut, and Pimoroni. And if you happen to be in a place where the MagPi magazine is sold, the December issue is hitting stores in the UK today, and it comes with a free Raspberry Pi Zero.