The smartphone in your pocket probably has more power than the game console you used in your living room a few years ago. So it should be no surprise that developers have created mobile apps to emulate everything from the Nintendo Entertainment System to the original PlayStation.

Now there’s even a PlayStation Portable emulator. PPSSPP is a free PSP emulator available from the Google Play Store. 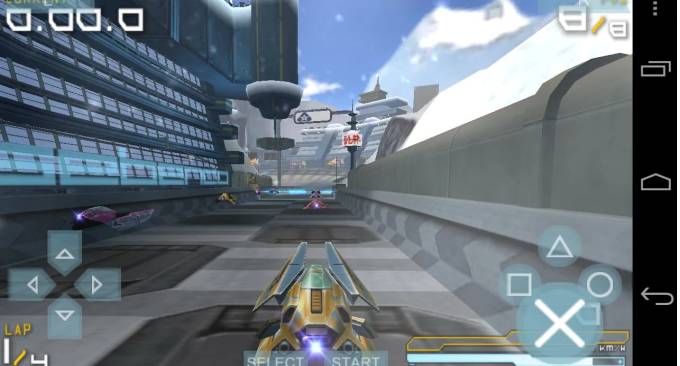 The app has been under development for a few years, and it’ll work best on phones, tablets, or TV boxes with recent, high performance processors.

While PPSSPP is available as a free, ad-supported app you can also pay $5.99 for the ad-free PPSSPP Gold.

That makes this app a lot cheaper than buying a PlayStation Portable — although you’ll still need to find a way to get games onto your phone. Officially, the developer recommends running homebrew apps and/or ripping your own PSP games. Unofficially, I suspect there might be a few other ways to obtain titles.

Not all games are supported, but according to the developer games that have been confirmed to work include Wipeout, Grand Theft Auto Vice City and Liberty City Stories, Wormds, Little Big Planet, Soul Caliber Final Fantasy: Crisis Core, and Final Fantasy: Type-O.

You can use on-screen buttons or a USB or Bluetooth game controller with PPSSPP.

26 replies on “PPSPP is a PlayStation Portable emulator for Android”