Google TV is a platform designed to make it easy to find internet video from a variety of sources and stream it to your TV. But as I discovered when I tested the Asus CUBE with Google TV recently, there are many online video sites (including Hulu) which don’t offer apps for the platform.

Enter PlayOn. The folks behind PlayOn have long offered a way to stream content to Netflix, Hulu, and other sites to devices that might not otherwise support it. Now there’s a free PlayOn app available for Google TV. 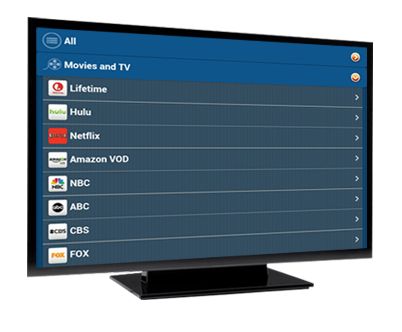 In other words, if you shut off your PC, you won’t be able to watch video from Hulu or other sites on your Google TV device.

Still, there’s no reason not to give the app a try. PlayOn normally charges $25/year for its software or $50 for a lifetime license. But for a limited time the software is free for Google TV users.

The PlayOn software lets you access content from Hulu, Amazom, Netflix, HBO, MTV, ESPN, CBS, ABC, PBS and many other sites. You’ll still need a subscription if you want to watch premium content from Hulu Plus, HBO, or other sources.

There are standalone Google TV apps for some of those channels. But I can see the appeal of a single app which lets you browse through channels from a single user interface. One o the things that bugs me about Google TV right now is that each content provider uses a different layout, so navigating your video collection in Amazon is quite different from finding videos in Google Play Movies or Netflix.

PlayOn also lets you stream content to Android or iOS devices, video game consoles including the Wii and Wii U, Xbox 360 and Playstation 3, and other TV boxes including Roku devices.

6 replies on “PlayOn comes to Google TV, brings Hulu, ABC, ESPN video along for the ride”