Panasonic’s Toughbook line of products include rugged laptops and tablets that you can pretty much run over with a car without damaging. But a few years ago the company started making handheld options as well.

The latest is the Panasonic Toughbook FZ-T1 and while it’s tempting to call this rugged Android device a phone, Panasonic calls it a “handheld” because it comes in WiFi-only and 4G voice and data variants.

It’s not cheap. It doesn’t have stellar specs by modern smartphone standards. But it’s rugged as heck. You can use it in the rain. And you can even swap out batteries without turning off the phone. This is clearly a phone for use in tough environments. 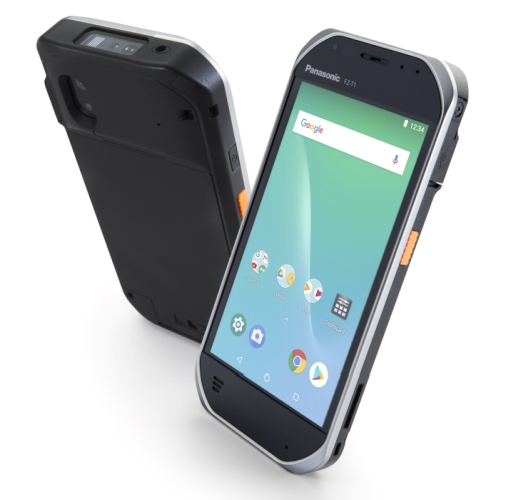 Now for the less impressive stuff: the phone has a Qualcomm Snapdragon 210 processor, 2GB of RAM, and 16GB of storage. Those are some pretty entry-level specs for a phone/handheld that’s anything but.

It does have a microSD card slot, GPS, a user replaceable 3,200 mAh battery that’s said to be good for up to 12 hours of continuous usage, and two user configurable scan buttons in addition to the power and volume buttons.

Oh, and there’s a headphone jack.

Prices are expected to start at about $1500 for the WiFi-only version when the Toughbook FZ-T1 goes on sale in the UK in August, and $1600 for the phone version, which launches in September.

Both models are expected to be available throughout Europe bu there’s no word on North American availability.

While those prices are steep, these are enterprise-class devices that come with a 3 year warranty and support a bunch of optional accessories including chargers, cradles, holsters, battery packs, styluses (or styli), and barcode readers.

4 replies on “Panasonic Toughbook FZ-T1 is a rugged, expensive handheld (or phone) with hot swappable batteries”