First revealed with a brief teaser in March, the ONEXPLAYER is set to go up for pre-order next week through an Indiegogo crowdfunding campaign that begins May 10th at 9:00AM Pacific Time.

While retail prices are expected to start at $1059, folks who pre-order at the start of the campaign may be able to save up to $260. 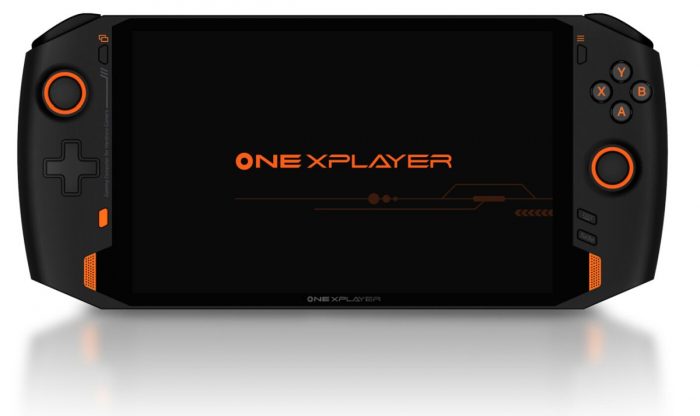 Here’s the pricing breakdown for the ONEXPLAYER configurations that will be available during the Indiegogo campaign:

While even the pre-order pricing isn’t exactly what I’d call cheap, the ONEXPLAYER is priced fairly competitively with its closest competitors, the GPD Win 3. That 5.5 inch Tiger Lake handheld computer sold for $799 and up during crowdfunding, but it costs $1000 and up now that it’s starting to be available through retail channels.

One Netbook has been producing tiny computers for the past few years, but up until now the company has primarily focused on clamshell-style laptops, including some recent models designed for gaming thanks to Intel Iris Xe graphics and support for detachable game controllers.

But the new ONEXPLAYER is the first device from the company without a built-in keyboard and with integrated game controllers including analog sticks, a D-Pad, shoulder buttons (including two linear trigger buttons), and a couple of special function keys to help navigate Windows on a device without a keyboard.

You can, of course, connect a USB or Bluetooth keyboard. And One Netbook will offer optional accessories including a detachable keyboard that allows you to use the ONEXPLAYER as a general-purpose computer. But with its Nintendo Switch-like design, there’s no mistaking this for anything other than a gaming device.

More details will be available when the crowdfunding campaign goes live, but One Netbook has already revealed that the ONEXPLAYER features PCIe NVME storage thanks to an M.2 2280 SSD slot, two USB 4.0 Type-C ports, a USB 3.0 Type-A port, a headset jack, and a microSD card reader. It has stereo front-facing speakers, and a 60 Wh battery.