The NVIDIA Jetson Orin Nano is a computer-on-a-module that looks like a stick of RAM, but which is really a computer with an ARM-based processor, NVIDIA Ampere graphics, and the ability to perform up to 40 trillion operations per second for AI tasks.

NVIDIA says the Jetson Orin Nano will be available in January with prices starting at $199, and that the new module is up to 80 times faster than the original Jetson Nano which launched in 2019. 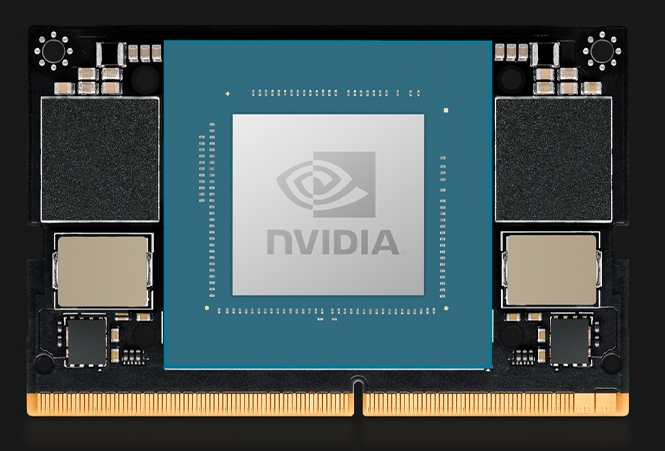 The new Jetson Orin Nano features 6 ARM Cortex-A78 CPU cores that can run at speeds up to 1.5 GHz, LPDDR5 memory, and a 625 GHz NVIDIA GPU with up to 1024 CUDA cores and up to 32 third-gen Tensor cores for AI processing.

It supports up to seven lanes of PCIe Gen 3, three 10 Gbps USB 3.2 Gen 2 ports, Gigabit Ethernet, and HDMI 1.4. But since the Orin Nano is basically a 260-pin SODIMM without any physical ports, you’ll need to pair it with a carrier board or other accessories to actually connect any hardware.

NVIDIA will offer two different versions of the Orin Nano at launch. While they’re named for the amount of memory they have, that’s not the only difference. The Jetson Orin Nano 8GB also has faster memory, twice the graphics performance, and a higher power draw than the Jetson Orin Nano 4GB, for example: