Probably the most interesting thing about the Jetson Nano, though, is its price. A Jetson Nano developer kit is up for order starting today for $99. 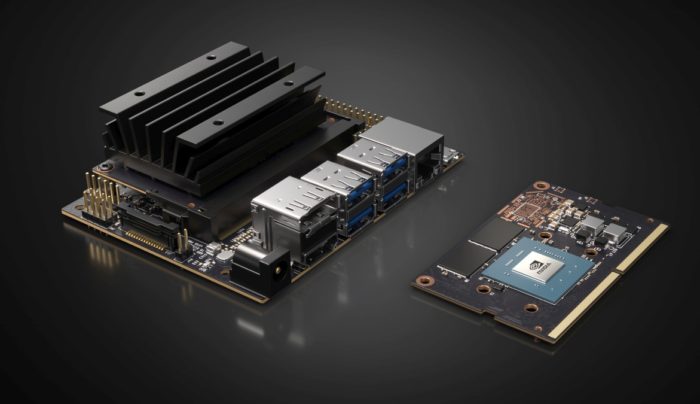 NVIDIA will continue to offer higher-performance, higher-priced Jetson hardware like the Jetson AGX Xavier that launched late last year for $1,099 and up. But the new smaller, cheaper, lower-power Jetson Nano is designed to appeal to the maker set as well as to large scale hardware developers.

The hardware uses the same core architecture as higher-end Jetson products, and supports the same machine learning frameworks including TensorFlow, PyTorche, Caffe, Keras, and MXNet. But it’s cheaper and smaller.

The core of the Jetson Nano is a 70mm x 45mm system-on-a-module that features the processor, RAM, and other core components on a 260-pin SODIMM card.

NVIDIA’s developer kit also includes a dock that gives you four USB 3.0 ports, a micro USB port, HDMI and DisplayPort, Ethernet, a PCIe card slot (for wireleess), and a microSD card reader, among other things. 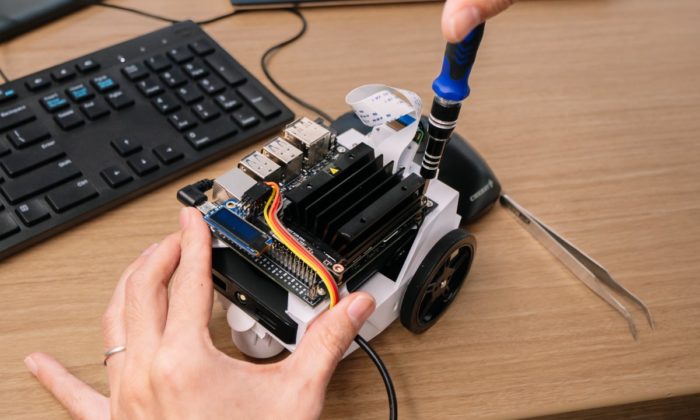 While the developer kit relies on an SD card for storage, NVIDIA will include 16GB of onboard eMMC storage on the production Jetson Nano compute module that’s set to ship in June.

NVIDIA is also releasing a new JetPack 4.2 SDK which includes a complete GNU/Linux desktop operating system for the Jetson Nano that’s based on Ubuntu 18.04. 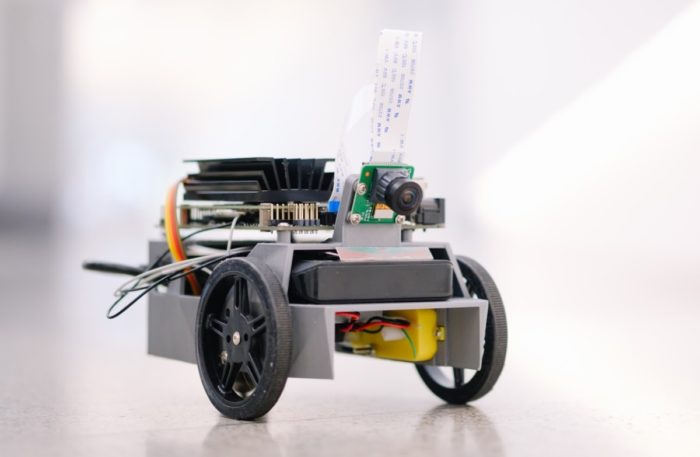 And if you’re looking for a project to get you started with developing for the Jetson Nano, NVIDIA has also released plans for an open source robot called the JetBot. Using less than $250 worth of easily accessible parts (including the Nano itself), you can create and program an autonomous robot so it can learn detect obstacles, follow objects, or be trained to follow a specific path.

Or I suppose you could just do what people always seem to want to do with tiny low power computers and create a small, fanless media center PC or simple game console. The Jetson nano should be able to output 4Kp60 video two up to two displays at once.