NVIDIA is launching its most powerful graphics processors for notebooks. The company says the new GeForce GTX 980M is the fastest notebook GPU ever released — it’s about 40 percent faster than the GTX 880M processor.

The first notebooks featuring the new chips hit the streets this week. 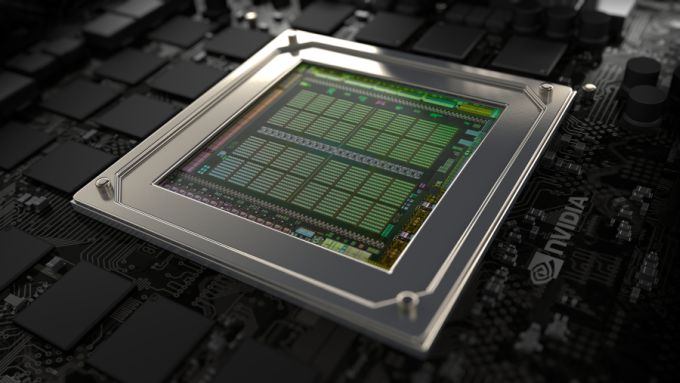 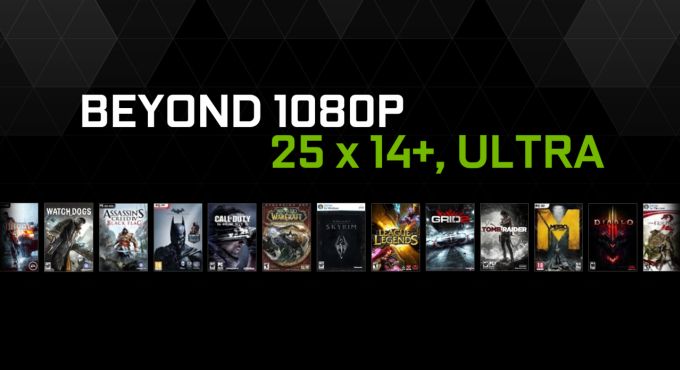 NVIDIA is also introducing a new technology called Dynamic Super Resolution which it claims will make games look better on systems with 1920 x 1080 pixel screens. That’s because games can be rendered at higher resolutions and then down-sampled to fit your notebook’s display. This will theoretically result in more detail showing up on your screen. 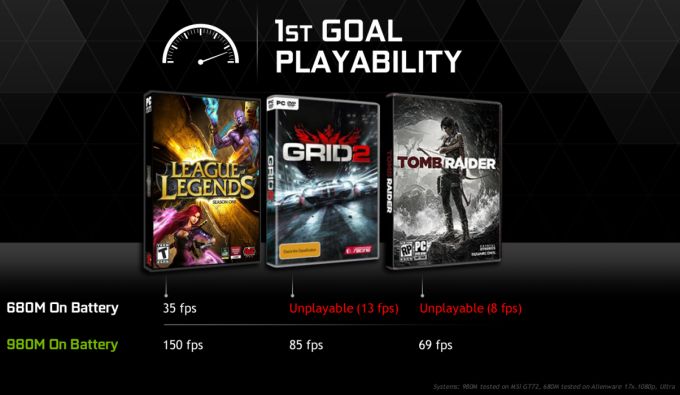 And they do. An MSI GT72 gaming notebook with NVIDIA’s GTX 980M processor can get up to 55 percent longer battery life by adjusting frame rates and other settings to conserve energy during unplugged gaming sessions.

NVIDIA first unveiled its BatteryBoost software with its GTX 800M series processors, but the company says it’s made big improvements in the last 6 months. Some of the new optimizations will roll out to older chips through a software update, but you’ll get the biggest benefits when you use one of the new GTX 900-series mobile graphics processors. 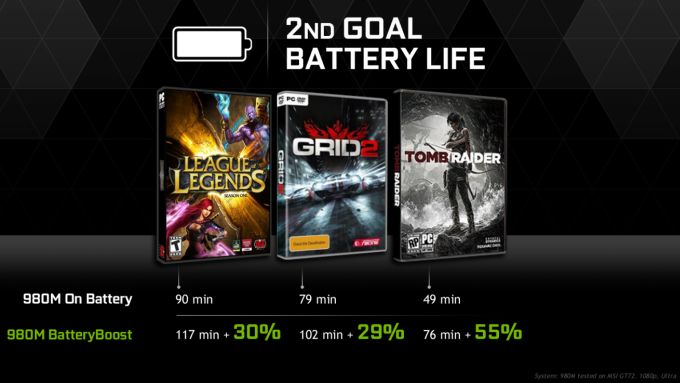 Still, don’t expect miracles: you’ll only get a few hours of run time from a gaming laptop with one of NVIDIA’s new Maxwell graphics processors, even under the best of circumstances. You also probably shouldn’t expect to see these high-performance chips in tiny laptops anytime soon: most of the first models announced feature 15 inch or 17 inch screens. 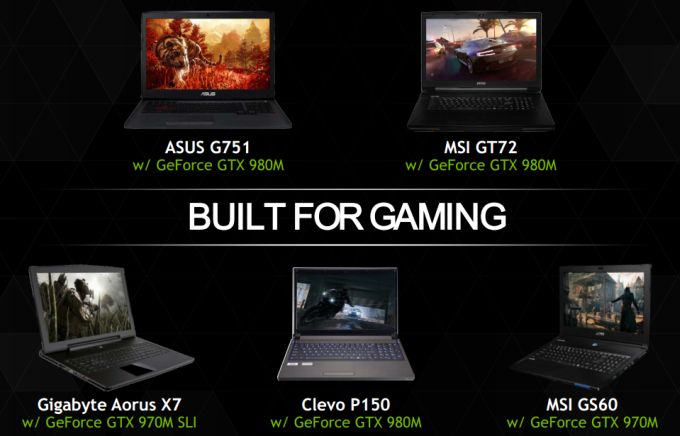 Asus, Clevo, MSI, and Gigabyte are among the first companies to offer gaming laptops with NVIDIA GeForce GTX 970M and 980M graphics.